(August 8, 2016 – Dallas, TX) The perfect season. Many players across all sports strive for it, and it sure is an exciting adventure if you’re on a team attempting to chase it. The Spirits (45+) squad played the role of spoiler on Monday night as they unleashed a 15-hit attack on the 15-0 Dallas Orioles, handing the team its first loss of the season with a 11 to 5 final.

The game started slowly as Orioles pitcher Dennis Sutton held the Spirits offense at bay for the first 3 innings of play. The Spirits trailed early in the game after pitcher Eric McPherson hit Orioles batter Todd Arnold with a pitch. Arnold stole second base and advanced to third when Chick Difiglia singled hard up the middle. Difiglia took second base and James Huskey flew out deep to center scoring Arnold. Outfielder Kevin Fought then doubled hard to left-center, scoring Difiglia and giving the Orioles an early 2 to 0 lead. McPherson struck out Peter Harrison, but Chris Cec drove a hard liner to center field for another double and the Spirits trailed 3 to 0 after getting the next hitter to ground out.

Having fallen 16 to 1 in the first outing, followed by an absence of offense type of loss later in the season 10 to 2, it appeared that the Orioles simply had the Spirits number. However, Spirit bats revived in the top of the 4th inning starting with a single by first baseman, Brian Hackney. Red-hot hitting Patrick Bilgere stepped up and then drove a hard double down the left field line scoring Hackney. Extra hitter Chris Lewis singled for one of his 3 hits, advancing Bilgere to third. Bilgere then scored on one of 7 Orioles errors and Lewis advanced to second and then scored on a triple by Kirk Sipila. Had the wind not been blowing straight in, Sipila would have likely had a pleasant jog around the base paths.

Sipila then scored on a wild pitch and left fielder Dennis Gonzalez doubled to left. Sutton was replaced by veteran Orioles pitcher, Bill Downing who was able to get Jack Nash to fly out. Gonzalez tagged on the play reaching third, leaving one on and two out. Center fielder David Tipton then joined the offensive party by singling to center, scoring Gonzalez. Tipton then reached third after a failed attempt by Orioles catcher Chris Cec who attempted to pick off Tipton at first. The errant throw put another runner in position to score but after Randy Brittain drew a walk to put runners on the corners, the Orioles were able to put out the fire by getting McPherson to fly out. It appeared at this point and with a 5 to 3 lead that there was a shift in momentum and some disdain in the Orioles dugout.

With the score still 5 to 3, the Spirits stepped on the gas in the top of the 5th inning. Hackney reached on an error and advanced to third after Bilgere and Lewis singled to load the bases with nobody out. Hackney scored on a deep fly ball by Sipila and Bilgere scored on a fielder’s choice that allowed Tony Davis to reach safely. Gonzalez then reached based on another Orioles error by right fielder James Huskey and Davis was able to make it all the way around for another Spirits run. Nash and Tipton both singled and Nash was able to score on an error by Jerry Gamez which allowed Brittain to reach safely. Tipton then scored on a double by McPherson and the Orioles were able to escape further damage after Difiglia snagged a line shot by Hackney at third base that would have easily made it to the wall and down the third base line.

McPherson seemed to hit a bit of a wall in the bottom of the 5th and was replaced by Sipila after loading the bases with a pair of walks and a single given up. The Spirits were able to catch Huskey sleeping and turned two on a ground out by Cec. Gamez singled in both Fought and Harrison and Sipila was able to get Jimmy Richardson to pop out to end the game due to the league’s two-hour time limit.

“The guys played great tonight,” commented a happy Kirk Sipila following the game. “I’m really proud of our effort tonight. This is exactly what I imagined us playing like; solid defense, great offense, solid hitting. That’s a great team we beat tonight. We didn’t cave after going down 3 to 0 early, and the guys showed some passion the rest of the game. Our bats were explosive and we got another great game from (Eric) McPherson on the mound again. We’re looking forward to that additional arm down the stretch. We’ll build from this win and use that momentum to keep the ship headed in the right direction.”

With the victory, the Spirits remain in the chase for second place in the NTABL Masters League Standings with the Caddo Reds and the Dallas Rangers, each of which they have won and lost against. The ghouls return to action next Monday night as they host the Texas Blue Jays at 8:45PM at Reverchon Park, in Uptown Dallas. 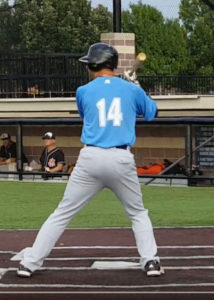 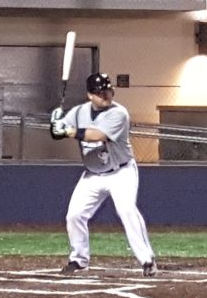 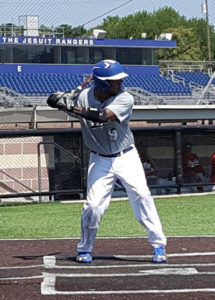