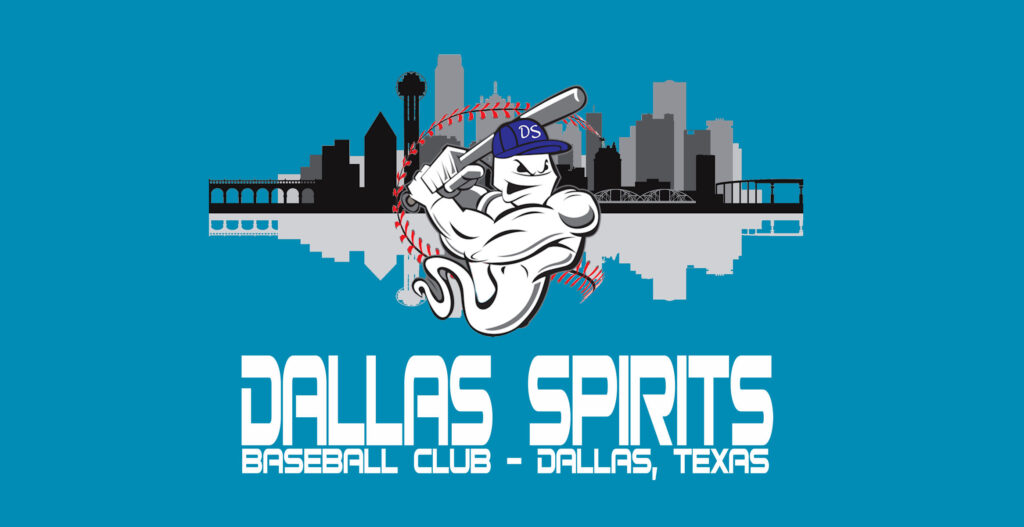 The Dallas Spirits Baseball Club was established in 2012 after re-branding from the former Dallas Cubs within the North Texas Amateur Baseball League. A number of team members regrouped alongside the recruiting of new players began, which began building of the foundation for Spirits baseball with pillars of winning, camaraderie, family, and fun. The team later added teams to the DFW-ABA, establishing competitive teams in multiple leagues across Dallas/Fort Worth, Texas.

The Club consists of 3 separate squads or teams made up of talent including College, Minor League, and Major League Baseball experience, plus a variety of players that have been around the game or have coached for a number of years. It’s the Club’s philosophy to compete at the highest level possible, but to also put people and family first.

Most of our players are based out of the Dallas/Fort Worth area, but there are a number of players who have migrated into the area including players from California, Illinois, Indiana, Kansas, Oregon, Pennsylvania, and Wisconsin.

In 2018, the Club became Dallas Spirits Baseball Club, Inc., after achieving an IRS recognized 501(c)3 status as a tax-free, charitable organization. Our goals as an organization is to work with men who want to play adult baseball and assist with modeling the benefits of lifelong activity while also working parallel with the NTABL and their charitable work donating to the Texas Scottish Rite Hospital for Children. Alongside of this charitable activity, the team will seek additional philanthropy, both local and outside of the Dallas/Fort Worth metroplex.

If you’re interested in playing with the Dallas Spirits Baseball Club, you’re welcome to contact President\Director of Operations and Club Manager, Shawn Lee at (715) 340-1008 to see if opportunities are available. Otherwise, please feel free to complete our Contact Form (coming soon).

Best of luck to all teams within the NTABL and DFW-ABA, and GO SPIRITS!!