(August 15, 2018 – Dallas, TX) Wednesday night’s lineup card alone will speak for how the season trickled down for the Spirits (18+) for 2018. After winning the NTABL Open American League championship during the 2017 campaign, the squad gathered and challenged the talent within the NTABL Open National League this season. The Open National is considered the premiere league in North Texas, with college pitchers and other players dabbling in professional baseball pools that come together for amateur competition and fun, but a game that’s also played at an extremely high level.

After a 7-0 start to the season, the young Spirits squad felt the potential it had to become one of those premiere clubs, but those thoughts came to an end Wednesday night when 6 of 20 roster players were able to actually make the game.

“It’s a difficult way to see the team’s season come to an end,” noted club manager, Shawn Lee following the loss. “I mean, it’s not like they didn’t know this game was coming. It was on the schedule. I’m disappointed in some of them, but life happens so you have to work with what you have. Two of our Veterans (35+) players and myself were able to fill in to give the team 9 players tonight and we started and played several innings of the game with 8. Surprisingly, we were able to hang around for 5 innings with (Holden) Novak pitching a solid game and the guys playing solid defense, but the Panthers are way too good and they finally unleashed to take the game and move on. Credit to the guys who made it this evening. There’s some core talent here and we’re looking forward to those players returning alongside some pluses and minuses at the end of the season and we’ll see where their future goes.”

The Spirits offense sputtered against Panthers pitcher, Tony Harvot, who went the full 7 innings allowing just one earned run on 5 hits with 2 walks and 6 strikeouts. Novak was solid as well, delivering 5 innings of work while allowing one earned on 9 hits and striking out 5. Teddy Croft handled the two remaining innings of work allowing just one run, while 6 defensive errors plagued the Spirits as it led to 10 unearned runs.

Croft, Novak, Kyle Redinger, Eric McPherson, and Ro Castro were the 5 players to record a hit, with Castro picking up the team’s lone RBI. The game was close moving into the fifth when a handful of errors allowed the Panthers to record a 5 to 0 lead. The Spirits bounced back with a pair of runs in the bottom half of the inning to cut the lead to, 5 to 2, but two 3-run innings in a row put the game out of reach as the Panthers cruised and moved on to the next round of playoff action.

The team finished the season with a 10-11-1 record, closing out the run with a 3-11-1 record.  The team only saw 5 hitters bat over .300, with Redinger closing out the season at .406. Beyond those 5 players, there was a drastic drop in average that lead to a .246 team batting average with opponents hitting .266 against the club.

The squad will await the NTABL Fall Ball season, set to begin in September where the team can erase the summer schedule and start anew with a shortened fall season. A special thank you to those of you who have followed the squad this season. The team and ball club appreciates your support and looks forward to bringing you some of North Texas and Dallas’ best baseball moving forward! 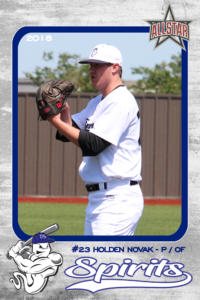 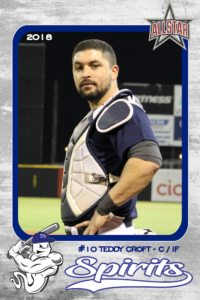 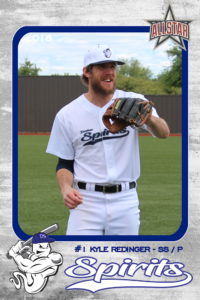