(April 10, 2017 – Plano, TX) Mother Nature did her best to try to spoil the hearts of the Spirits (45+) squad as the team spent most of the day wondering if they’d play. It was then the Cubs who did their best to spoil Spirits hearts as the teams found opportunity to play ball Monday night at Graham Field in Plano.

What appeared might be a landslide win quickly turned into a contest as the new and improved version of the 2017 NTABL Masters League Cubs were in no mood to hand one over to the ghouls. The Cubs started quickly in the first connecting off of Spirits pitcher, John Holmquist for a few big hits and a run. Mark Coll doubled to the left-center field gap with one out and scored after the next hitter, pitcher Dan Sosa singled to the same gap. Sosa was squeezed at second as Rob Medel beat out a double-play attempt and the Cubs appeared poised to score a few more after Lester Bedford collected one of his three hits by doubling and putting runners on second and third with two out. The Spirits remained poised however, and Holmquist and company were able to get Jay Keeton to ground out to end the threat.

Rather than being concerned about what really appeared to be a big inning for the Cubs, the Spirits settled in immediately in the bottom half of the first and took charge. Brant Finchum reached on an error and then scored after Patrick Bilgere singled hard to right. Cubs right fielder Michael Carrigan overran the ball, allowing Finchum to make it home while Bilgere took second. Guy Koenig immediately followed with a soft liner single to score Bilgere and the Spirits were on top 2 to 1. Slugger Kirk Sipila then stepped in and promptly ground-rule doubled a one-hop shot to left center scoring Koenig and the Spirits were rolling. Brian Hackney followed with another double and reached third after Shawn Lee singled to left. The sixth hit in a row and seventh runner to reach base with nobody out was designated hitter, Eric McPherson. McPherson singled up the middle scoring Hackney and Lee moved over to second. Extra hitter, Chris Lewis then beat out a fielder’s choice as the Cubs attempted to spin a pair, squeezing McPherson at second and sending Lee to third. Lee then scored when Mark Leemaster reached on another fielder’s choice, but the Cubs were able to escape after getting outfielder David Tipton to ground out.

With a commanding lead of 6 to 1 after the first, the Spirits appeared poised to coast. However, the Cubs did anything but lay down. Harvey Carlisle singled in the top of the second and later scored after Thomas Mohler singled and Ron Van Iderstine pushed him in with a one-out single to right. Holmquist struggled a bit by walking Dave Wylie after Carrigan reached on a fielder’s choice. Koenig made a play on a slow roller toward third and was able to put out Mohler trying to take home, but the Cubs were in business with bases loaded and 2 out. Holmquist regained control after the walk and was able to get Jesse Low to fly out to second to end the rally.

In an unusual set of circumstances that would follow in the next few innings, Earl German started off the bottom of the second with a base hit, but was called out on the next play as right fielder, Dennis Gonzalez hit a grounder to second. German had taken off for second and his unfortunate timing cost him an out as the Gonzalez grounder struck him on his way to stealing a base. Jack Nash then flew out, following a single by Finchum, but the Spirits were left with an egg with two on and two out after Bilgere struck out swinging. The Cubs then came alive after Mark Coll drew a walk and Sosa singled to put two on with nobody out. Coll and Sosa each moved a base over on a wild pitch from Holmquist and then each scored after Medel doubled to right-center. Bedford then singled to score Medal and was then pushed over on a perfectly executed bunt by Keeton. Harvey Carlisle followed up by reaching on an error by Gonzalez in right field, but the Spirits were once again able to dodge a Cubs rally by getting Scott Grundtvig and Dennis DeCapua to fly out.

Spirits (45+) manager, Kirk Sipila turned to German to close out the game. German entered in the fourth and both sides remained quiet with a few scattered singles on both ends moving into the bottom of the fifth inning. With the Spirits leading 6 to 5, either team appeared poised to steal the victory, but with quiet bats over two innings of play it didn’t appear anyone was ready to take charge. The Spirits appeared reqady in the fourth, but their small rally was shut down when the Cubs catcher caught Leemaster sleeping at first base with Lewis on second. Leemaster had proceeded to obtain a secondary lead after the pitch, but was then called out when the Cubs catcher fired to first and the ball and tag appeared to beat him back to the bag.

In the following inning, the Cubs replaced Sosa with Keeton as pitcher and Tipton stuck out looking. German drew a walk and then reached second on another single by Gonzalez. Nash then grounded out, but was able to push the runners over setting the stage for some insurance for Finchum. Finchum worked a ball and two strikes count before hitting a hard single to left to score German. The Cubs were able to get Bilgere to fly out, however the extra run and a solid Spirits defense combined with German’s shutdown personality was enough momentum for the ghosts as they were able to set down the bottom of the Cubs lineup to secure the 7 to 5 victory.

“Although John (Homquist) struggled a little with his command, he was still able to get us through three innings and he held the lead to pick up his first win of the season,” commented Sipila following the end of the game. “Sometimes the offense has to pick up the pitcher, and that’s exactly what we did tonight. Earl (German) came in to shut down their hot hitting with three shutdown innings and got us the save. I was very proud of the way the guys came out and pounded the baseball and then had the poise to secure the victory.”

The Spirits return to action next Monday night as they visit the Caddo Reds at Reverchon Park in Uptown, Dallas. First pitch is at 7:00PM. 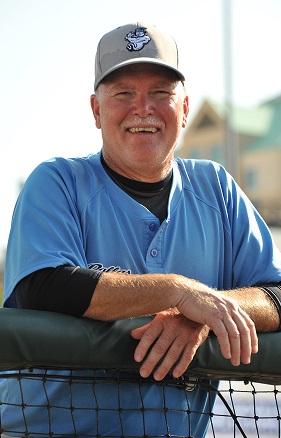 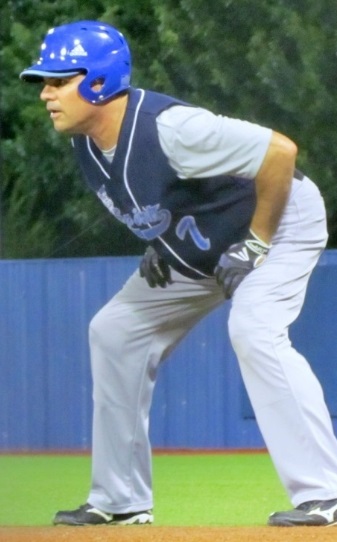 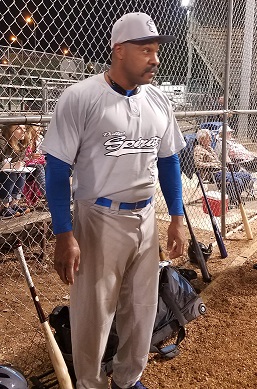