(June 14, 2022 – Euless, TX) It was a quiet game, and after a big second inning it was pretty much cruise control for the Spirits (40+) squad Wednesday night. Trailing 1 to 0 early, the Spirits used a 5-run second inning and went on to add a pair of runs in the fourth to take home a 7 to 1 victory in DFW-ABA 40 League baseball.

Kirk Sipila and Bobby Kornhauser led the Spirits offense, each recording a pair of hits on the night. Sipila, Shawn Lee, and Stacy Scott each added a double on the night as well. Pitcher, Jonathan Duran was solid, dishing out 5 innings of work while allowing one earned run on just 2 hits while walking 2 and striking out one. Don Massound picked up the closing work, dealing 2 innings and allowing no hits.

Down 1 to 0 in the second inning, Lee doubled to lead off the inning and later scored on a single by Kornhauser. A single by Shawn Hunt moved Kornhauser to third while Hunt moved to second on the throw. Chris Lewis grounded out but picked up an RBI when Kornhauser scored, and David Tipton kept the inning alive after drawing a base-on-balls. A single by Aaron Wilson cored Hunt, and a walk to Scott loaded teh bags for Mike Sopocy. Sopocy flew out, but a double by Sipila scored both Tipton and Wilson before Massoud grounded out to end the inning.

Later in the game, Tipton reached by drawing another walk, this time with one out. Wilson also walked and a double by Scott scored Tipton. Sopocy singled home Wilson to make it 7 to 1, and the remaining innings saw solid pitching by both Duran and Massoud to shut things down.

The team returns to action next Wednesday when they hose Los Veijos in a game that was previously rained out with the Spirits leading 4 to 1. The game will be restarted and you can click here to view schedule details. 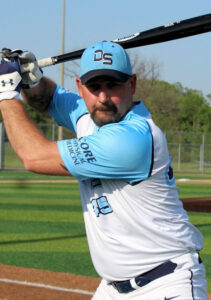 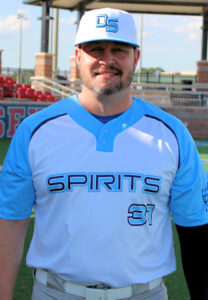