(August 15, 2019 – Mesquite, TX) A win wasn’t in the cards for the Spirits (35+) squad Thursday night, but neither was a loss. They say there are no ties in baseball, but at First Baptist Academy the miracle of the tie showed its head for the second time this season as the Spirits and Modoc finished in a 7 to 7 tie during NTABL Veterans League play.

Jason Bottenfield, Shawn Lee and Craig Molldrem each finished the night with a pair of hits and a run batted in, with Molldrem adding a double and Lee adding a triple. The game was virtually equal most of the way, but the only moment of lopsidedness came when the Spirits gave up 5 runs to Modoc in the second.

It was Modoc who started the scoring first after a pair of lead off singles by Jay Langston and David Lovell allowed the speedy Langston to score and give Modoc a 1 to 0 lead. The Spirits quickly tied the contest after Cliff Brade drew a walk and Eric McPherson was hit by a pitch. Kirk Sipila walked to load the bases and a single by Bottenfield scored Brade to tied things at, 1 to 1. Molldrem went down on swings and Lee flew out before David Tipton contributed to the rally-kill by grounding out to end the inning.

Modoc then unleashed for 5 runs and it appeared it would be a bit of the same medicine featured all season for the Spirits ball club moving into the bottom of the second down 6 to 1, but the team remained focused. The score remained intact until the bottom of the fourth inning when Molldrem doubled with two outs. Lee then tripled to score Molldrem and a single by Tipton scored Lee to cut the lead to, 6 to 3.

The Spirits were headed for trouble after 3 straight singles lead to bases loaded for Modoc with nobody out. Josh Claudio reached on a fielder’s choice that squeezed Chris Clark at second base, but Matt Garrabrandts was able to score to give Modoc a 7 to 3 lead.

The Spirits then followed with a pair of runs in the bottom half of the inning after Bottonfield singled and Molldrem flew out. Lee then singled and Tipton flew out, but Chris Lewis kept the inning alive with an RBI single to score Bottenfield. John Hefner then singled to load the bases for the ghosts and a single by Brade scored Lee to cut the lead down to, 7 to 5.

Bottonfield replaced Sipila on the mound for the Spirits and recorded a 1-2-3 inning with a pair of strikeouts and the Spirits came up in the bottom of the sixth with little time remaining on the league’s two-hour time limit. Sipila drew a lead off walk and advanced to second on a wild pitch. Bottenfield also walked to put two on with nobody out and a single by Molldrem allowed Sipila to score and to cut the lead to one run. Lee flew out and Tipton was able to reach on a fielder’s choice, but at the expense of Molldrem being forced out at second. Lewis once again played hero and smashed a hard liner up the middle to score Bottenfield and the game was tied. Things looked good for the Spirits as Hefner took a 3-0 count, but decided to swing at the next pitch and grounded out to end the game.

“Can’t blame him for trying,” mentioned Lee after the game. “Would have liked to see Hef (Hefner) draw out that count a bit to give Cliff another shot at hitting, but he was aggressive about it and sometimes you have to take that too. Didn’t work out for us, but like at the casino, tonight a tie was a win for us. We didn’t lose and that’s a feeling we need right now.

The squad will take their medicine one last time before the playoffs begin as they face the same Modoc team that has their number one last time next Thursday night at First Baptist Academy. Click here for schedule details. 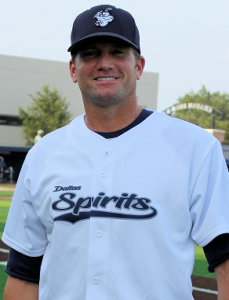 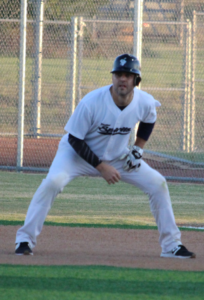