Spirits (18+) Hang on to Walk Pirates Off Plank

(May 7, 2017 – Plano, TX) Sunday’s clash between the visiting Dallas Spirits Open Squad and the Dallas Pirates was a battle of two evenly-matched ball clubs, although a glance at the two teams records would indicate otherwise. The Pirates came into the game with a 3-4-1 record, while the Spirits came into the game riding a 3-game win streak that had inflated their record to 7-2 nearing the halfway point of the regular season. Despite the difference is records, the Spirits, lead by skipper, John Showalter didn’t take the game lightly.  “The Pirates have had a tough schedule up to this point. They’ve played the top teams in the standings very closely all year and they are a much better team than their record presents.”

The Spirits started the game off on the right foot. Lead off hitter and center fielder, Cliff Brade singled off of Pirates pitcher, Gerardo Castillo and advanced to second on a single by left fielder, Justin Anderson. Both runners advanced after a pair of wild pitches, which scored Brade with the first run of the game. The Spirits added another run in the second inning on a well-struck RBI single from right fielder Carl Suverkrop, which drove in catcher, Mitch Abeita and after two innings the ghosts held a slow, but solid 2 to 0 lead.

The game would remain 2 to 0 in favor of the ghouls until the top of the fourth when Anderson once again reached base, this time with a double into the right center field gap. Showalter flew out to left and a strikeout by cleanup hitter, Collin Stacha seemed to be the beginning of an early end to the inning. The Spirits found themselves in need of some two-out magic and found it in the form of three timely hits in succession. Mike Werner started the two-out scoring by driving in Anderson from second with a single up the middle.  Shortstop, Teddy Croft then battled from an 0-2 count to flare a double down the right field line on a ball that looked as though it might be caught as it hung within the inbound wind. Werner was able to get an early jump on the contact and proceeded to hustle around the bases and as the ball fell between three Pirate defenders, he was able to score all the way from first, while Croft coasted into second base with a double. Abeita, in what would be the second and biggest of his three hits on the day, promptly followed with a hard-hit double to left plating Croft for the third and final run of the Spirits fourth, stretching the lead to 5 to 0.

The Pirates on the other hand found themselves struggling on the offensive side on the ball. Pitchers, Craig Molldrem and Duane Aponte teamed up to keep the Pirates off the board through the first five innings of play. It wasn’t until the bottom of the sixth, when the Pirates were finally able to break through the Spirits defense and push across 2 runs. The first run came across following a 2-out throwing error by Showalter at third and the second was courtesy of an RBI single by Pirates pitcher, Gerardo Castillo. The Pirates added two more in the bottom of the seventh and it appeared to be a new ball game with a slight shift in momentum now showing from the buccaneers. After cutting the score to 5 to 4 and a single put the tying run aboard, Showalter turned to his closer, Teddy Croft. Croft would needed 7 pitches, all of which were strikes or fouled off, to eventually strike out Able Gutierrez looking to end the inning and Pirates rally.

In the top of the eighth, the Spirits came to the plate looking to pad their dwindled lead and started with both Jared Wood and Steven Baker drawing full-count walks. With two on and nobody out, Brade waited on a fastball and hit a rope to left-center for an RBI double. Brade appeared to be getting his groove back following a short slump at the plate and later commented on his big hit. “The first pitch was a fastball right down the middle. I was hoping he would throw me another one and he did. It felt great to barrel that one up.”

With men on second and third and nobody out, new pitcher, Casey Andrew was able to strike out Anderson. Showalter followed with a slowly-hit roller right in front of the plate. Thomas Stoltz, pinch-running for Baker was aggressively coming home on the weak contact and after fielding the ball, Andrew made and attempt flip the ball to his catcher, however the erroneous toss sailed over the head of the Pirates catcher and Stoltz was able to score with ease. The Spirits were able to add two additional insurance runs in the eighth and headed into the ninth with a 7 to 4 lead.

The bottom of the ninth would see the Pirates set down in order on 7 pitches by Croft, giving the Spirits their eighth win on the season and securing second place behind the Oak Cliff Pelicans. Following the game, Showalter wrapped things up by saying, “Once again, I was really proud of the guys. We’ve faced a handful of challenges this season and have continued to rise to the occasion. This was once again another team win, both offensively and defensively. We had a few hiccups out there, but we fought hard and secured a good win against a solid team.”

The Spirits (18+) squad returns to action Tuesday night, as they host The Old Fashioneds starting at 7:30PM at Carpenter Park, Field #8 in Plano. Click here for schedule details or to watch the game live online. 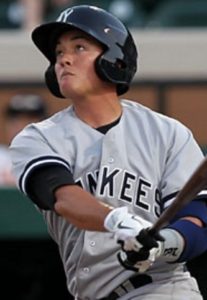 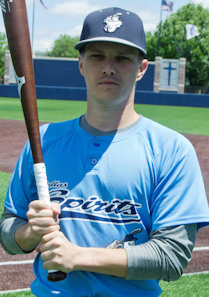