(April 9, 2017 – Plano, TX) You can’t expect to win them all. Perhaps you should only win those that matter, but for the Spirits (18+) it was a nice introduction to the NTABL Open American League starting at 3-0. However, this past Sunday the new squad ran into the defending NTABL Fall Ball champions in the form of the Oak Cliff Pelicans Baseball Club at Graham Field. The Spirits expected the challenge and looked forward to it moving into Sunday afternoon’s game, however experience proved to be in the details as the Pelicans halted the Spirits momentum by taking home a 15 to 10 victory.

The winds were howling in and carrying with them ill will for the type of game the Spirits have grown accustomed to this season. Through the first 3 games of the season, the Spirits have credited much of their offensive success to the long ball.  With 30-40 mph winds gusting in from right field, the boys in blue would need to find another way to put runs on the board and were hoping to reinvest on some early success with pitcher, Thomas Stoltz. The combination of wind and perhaps the challenge were immediately clear and finding the strike zone appeared to be a battle for Stoltz. “Thomas has been solid for us this year, but the Pelicans are a patient hitting club. Thomas is a super talented guy but still raw at times,” noted team skipper, John Showalter following the game.

Even with the inconsistency in the zone, the offensive attack from the Pelicans was held to just one run in the top of the first inning. The Spirits were able to quickly reply with 2 runs of their own in the bottom of the first when center fielder Cliff Brade led off with a single to start the game. Brade advanced to second and third bases following a stolen base and wild pitch and was then able to find his way home thanks to a gift of yet another wild pitch from the Pelicans hurler. Mike Werner followed Brade with a walk and Collin Stacha was plunked squarely in the back with the first pitch he saw. Showalter followed with a 7-pitch at bat that resulted in a hard liner directly to the center fielder and that set the stage for Eric Goetz. In the first of what would be 2 doubles on the night, Goetz was able to drive in Werner for the second run of the inning and the Spirits led 2 to 1.

Although the Pelicans had been held down up to this point, it had been anything but a simple process. By the time the third inning had started, Stoltz’s pitch count had climbed into the sixties so Werner was called in for relief. “We were hoping to get at least five innings out of Thomas tonight, but it just didn’t work out. We have a limited pitching staff and at that point in the game I was looking hard to see how best to manage the situation,” mentioned Showalter.  Unfortunately for the Spirits, things didn’t improve as Werner was ineffective at stemming the tide that became the Pelicans third inning. They would go on to score 11 runs within the frame and at that point the game appeared to be a blowout.

“Mike’s (Werner) a great ball player and has been effective earlier this season, but as it turns out he had sustained a lower body injury in pregame warm-ups. He took the ball anyway knowing that we needed him; a seriously gutsy move on his part,” noted Showalter. After the next few innings and what appeared would be an easy victory for the Pelicans, the Spirits came up with some offensive tenacity of their own. They shoved back with a 6-run outburst in the bottom of the fifth inning. They were able to put the game back into reach, but unfortunately the deficit was too much to overcome.

Despite the loss, the Spirits were able to put a few positives together with the first noteworthy performance belonging to their catcher, Dana Donato. He was tested from the start with several pitches finding the dirt in what seemed nearly every at bat. Like a solid hockey goalie, Donato returned 179 pitches back to the mound on the night and was constantly on the move blocking pitches and chasing several that made their way to the backstop. The Spirits also found some light at the end of the tunnel with pitcher and utility man, Justin Anderson. Anderson provided some relief with two and a third innings, giving up only one run against a talented Pelicans hitting club.

During post game comments Showalter finalized his team’s performance noting, “Justin was just what we needed. He started 70% of the hitters he faced with strikes. He may not have fooled many of them, but they weren’t able hit him squarely. It’s great to know that we’ll have him as another effective arm going forward this season. If the other guys hadn’t struggled, we may not have discovered him. So we’ll take that for a silver lining in tonight’s loss.” I’m proud of the guys. We could have quit, but that just isn’t in this team’s style. We cut it down to a 3-run deficit at 13-10 and it wasn’t enough in the end, but we proved something to ourselves out there. No matter the situation, no matter the opponent, we will never stop coming at them.”

The Spirits return to action Tuesday night at 7:30PM as they host the 2-2 Orioles at Carpenter Park, Field #7 in Plano. 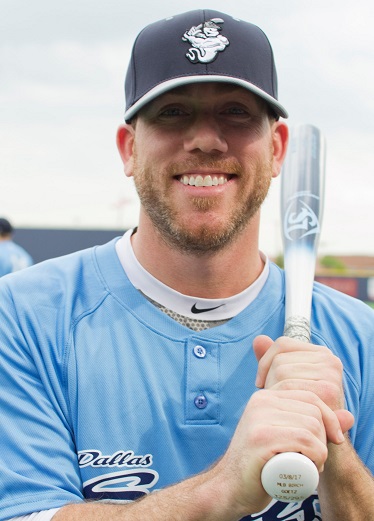 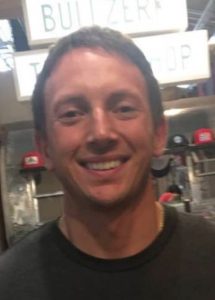