Bad Inning Leads to Tie with Outlaws for Spirits (18+)

(June 28, 2018 – Dallas, TX) There’s no such thing as a tie in baseball. Wrong. With a two hour game time limit, teams can often run into ties during NTABL play and based on field usage and getting teams to play their scheduled games, the rule makes sense. What possibly didn’t make sense to the Spirits (18+) squad Wednesday night is how they ended up in a tie after leading 5 to 1 late in the game.

It’s been a difficult road since the epic, 7-0 start for the Spirits in NTABL Open National League play. The team dropped 5 straight and was looking for a win to right the ship. The tie is certainly a step in the right direction, but it doesn’t produce the same feeling that perhaps getting into the win column would have done. And after seeing their lead disappear after the bottom half of the sixth, one could argue that this one felt like a loss.

Let’s rewind the tape. The first five innings of this game were a complete pitcher’s duel between Adam Lasek of the Outlaws and former MLB and Spirits pitcher, DJ Carassco. The first four went scoreless, but in the top half of the fifth the Spirits offense came alive. Up to that point, the Spirits had seen two base runners and had been no-hit. Cliff Brade led off the first inning by wearing a pitch to the back delivered from Lasek. Lasek corrected his error 3 pitches later after picking off Brade leaning off of first. In the fourth, Duane Aponte was able to reach on an error for the Spirits and JR Rivera drew a walk, but the Outlaws catcher caught Rivera sleeping at first and picked him off two pitches into Ro Castro’s at-bat, which ended in Lasek striking him out to kill any opportunity.

In the meantime, Carassco scattered only four hits up to this point in the game, all of which were fruitless. But to start the fifth, Brade was able to reach on a fielding error and later advanced to second after Cody Bishop lined out and John Showalter singled up the middle. Kyle Redinger followed with a single to center that scored Brade, but Showalter was gunned down on the relay home and back to third when he attempted to advance on the throw. Teddy Croft made it 2 to 0 after singling to right field to score Redinger, but was then gunned down as well trying to advance to second on the throw with the same outcome of the relay to the plate and follow up throw from the Outlaws’ catcher.

The Outlaws rallied in the fifth after Kevin Brand led things off with a single. Carassco set down Lasek on strikes and Brand stole second, but made it to third after the throw from Croft went to center field. Carassco struck out Nick Helton as well, but Adam Gremillion followed with an RBI single to score Brand before Carassco struck out Tyler Stuart to end the inning.

The Outlaws then turned to pitcher, Jacob Mattox to close things and Eric Goetz welcomed him with a single to right. Mike Werner also followed with a single and the Spirits had two on with nobody out. Mattox struck out JP Seider and Carassco followed with another Spirits single to score Goetz. With two on and one out, Carl Suverkrop singled to load the bases. Mattox took down Aponte on swings, but Werner was able to score on a wild pitch from Mattox that was compounded by an error on the catcher, which allowed Carassco to score as well. Castro went down on strikes to end the inning, but the Spirits were up 5 to 1.

Showalter then turned to Carlos Soto to close things for the Spirits and it appeared the plan backfired. David Humen hit a rocket that bounced off the feet of Showalter at third and the Outlaws had their first hitter aboard with nobody out. Jordan Hebert grounded out but pushed Humen to second. Humen advanced to third after Soto made an attempt to pick him off at second and threw the ball into center field. He then scored after Brian Gaffney reached on an error by Goetz at first and the lead was cut to, 5 to 2. Chance Tabor followed with a single that pushed Gaffney to third and he later scored on a sacrifice fly by Glenn Wilson. Brand drew a base-on-balls to put runners on first and second with two gone, and Lasek followed up with a single after both runners previously advanced on a wild pitch from Soto. The single was good enough to score both runners and the game was tied at 5. Redinger replaced Soto for the final out and was able to get Helton to line out to kill the inning, but the damage was done.

The Spirits rallied in the top half of the seventh and it appeared that the team that has been struggling offensively was going to find a way to get back in the win column after Brade led the inning off with a single. Bishop followed with a rocket to right field that pushed Brade to third and the Spirits were in business. Showalter followed with a hard ground ball to short and the Outlaws shortstop fired the ball home in an attempt to get Brade, who broke on contact, and Brade was called safe under the tag. Showalter reached safely on the fielder’s choice and Bishop was able to advance to third on the play. Mattox was able to get both Croft and Goetz to fly out to the infield to end the rally, but the Spirits held a 6 to 5 lead heading into the bottom half of the seventh.

Gremillion drew a walk to start the inning, but Redinger refocused and struck out Stuart to leave one on with one out. Humen hit a slow roller to Redinger that may have been close enough to make an attempt for the lead runner heading to second, but the team yelled for first base and the putout was complete, allowing Gremillion to reach second with two outs. The recipe for disaster loomed as Gremillion reached third on a wild pitch. The Spirits needed just one more out to obtain the victory, but Gremillion was able to score after Castro, who relieved Croft who went to shortstop when Redinger came into pitch dropped a pitch and wasn’t able to locate it before Gremillion made his way to the plate. Hebert was able to draw a walk, but Redinger was able to get Gaffney to ground out, creating the tie.

“The guys played hard tonight. It was tough to see them not get a victory,” commented Club Manager, Shawn Lee after the game. “It was tough seeing them leave the ball field afterward. Nobody wants a tie, but I think how it happened made them feel like this was a loss. We gotta see the positive in their efforts tonight though. Offense came alive. Defense was solid at times. It’s disappointing that the umpire didn’t feel like staying any longer because there was time to finish this game or at least go another inning. That’s how it goes, though. You can whine about it or just move on. Someone always has a reason, rebuttal or new rule they’re creating to dull the game we care about. But it was a dramatic game and that made it fun for the players and the fans who attended.”

Showalter, Redinger, Croft, and Carassco rounded the box score for the Spirits, each obtaining a hit and an RBI each, while Showalter and Carassco also added runs to their stats. Brade added a hit, hit-by-pitch, and 2 runs scored, while Goetz and Suverkrop also added hits. Lasek led the Outlaws with 2 hits and 2 RBIs, while earning a no decision in 5 innings pitched, allowing 2 runs on 3 hits, walking one, and striking out 5. Carassco delivered 5 innings, allowing one earned run on 4 hits, walking none, and striking out 6.

The tie leaves the Spirits (7-5-1) in a virtual tie for first with the Dallas Panthers (6-6-4) atop the NTABL Open National League standings with seven games remaining in the regular season. The team returns to action for the first Sunday in over a month when they visit The Dark Horse at John Paul II High School. First pitch is scheduled for 3:00PM and you can click here for schedule details, to obtain directions to the game, or to watch and listen to the game live, online! 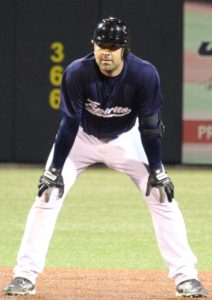