(October 22, 2017 – Dallas, TX) The Dallas Spirits (Brazos) squad captured the NTABL Brazos Division fall baseball regular season crown on Sunday after they avenged an earlier season loss over the Caddo Reds by a score of 9 to 6. The team now awaits the post season tournament seeding as teams finish up their make-up games. With a record of 9-1, the ghosts will be the number one seed as they will host the lowest seed at 6:30PM on November 1 at Graham Field in Plano, TX.

Despite the victory, the team didn’t necessarily play like champions as they backed away from the game with a win, but did so after completing 8 errors in the field of play. In fact, Spirits pitching combined to give up just one earned run out of six, however the offense was good enough to pick up the pieces and carry the club to a win. The offense went big in the game’s first inning, scoring 6 runs on 4 hits, while receiving 3 free trips to first base during the big inning. David Tipton led things off with a single and quickly stole second. Kirk Sipila followed with a single and after John Showalter drew a walk, Travis Hitzeman cleared the bases with a double to give the Spirits a 3 to 0 lead. John Mahalik flew out to record the first out and Mike Anderson and Chris Lewis each drew free passes to once again load the bases. Dennis Gonzalez flew out for the second out in the inning and the Reds and pitcher, Gary Menees appeared they’d get out of the inning. Enter David Delk. Hitzeman was able to score on a wild pitch, but Delk made it 6 to 0 with a double to score both Anderson and Lewis and Spirits were cruising in the first.

The Reds answered in the bottom half of the inning after T.K. Hayes led off with a single. Brett Baker drew a base-on-balls and Hayes later scored on an error by Hitzeman. Sipila struck out Kirk Pruit for the first out of the inning, but Baker was able to score after a pitch got past Anderson, who was catching. Sipila also struck out Aldo Rodriguez and was able to get Menees to ground out, but the Reds cut the lead down to 6 to 2.

The Spirits went in order in the second and the Reds bounced back for a pair of runs after Micheal Pierce reached on an error and Chris Duty drew a walk. Sammy Vives singled to load the bases and another walk by Sipila allowed Pierce to score. Bill Macey grounded out, but the out was good enough to score Duty and the Spirits held a 6 to 4 lead heading into the third.

The ghosts loaded the bases with one out after Hitzeman and Mahalik both singled and Anderson reached on an error, however Menees was able to get Lewis to ground out to kill the inning. John Quisenberry then started the Reds’ half of the inning by reaching on another Spirits error, but the Spirits turned a double-play on Pruitt to silence the lead off man reaching. Despite a triple by Rodriguez, Sipila was able to get Menees to ground out and the score remained 6 to 4 in the Spirits favor.

The Reds rallied after setting the Spirits down in order during the fourth after Duty reached on a one-out error. Vives followed by reaching on another Spirits blunder and the Little-League style of play benefited the Reds after Duty and Vives made their way around to score on an error by Anderson at the plate. With the game now tied at 6, Tipton was able to reach on a one out dropped third strike and a follow up double by Sipila gave the Spirits a 7 to 6 lead after Tipton was able to score after previously swiping second base. Showalter followed with a single good to score Sipila and the Spirits led the game 8 to 6 after four and half complete.

Mahalik replaced Sipila as pitcher and the Spirits defense welcomed the move by allowing Hayes to reach on yet another fielding error, however the fielders buckled down as Mahalik was able to get Baker to fly out and despite a single by Quisenberry, Hayes was caught trying to swipe home on a passed ball and Pruitt flew out to end the inning. The Spirits added their ninth and final run in the seventh following a two-out walk by Tipton and an RBI double by Sipila. John Holmquist closed out the inning and picked up the save by getting Duty to ground out and Vives to line out. Grant Schiller drew a base-on-balls, however Macey grounded out and the Spirits left the field victorious.

“A win is a win,” commented Shawn Lee following his club’s win and regular season championship. “Despite a handful of errors, the guys remained poised and got it done. More importantly, the offense didn’t disappear and they didn’t crumble after giving up a lead. You learn from those things and they’re beneficial come playoff time. It’s best we did it today and not on the playoffs. We look forward to the opportunity to win another title and we’ll take it one game at a time. The Reds are a solid team and I’m sure we’ll see them again soon. Great day offensively for Sipila and Hitzeman. They got it done for us.”

The team captures its second straight regular season crown after the Spirits (35+) and Spirits (18+) squads both were able to capture titles during summer baseball. The team awaits its next opponent for a playoff game scheduled for Wednesday, November 1, with a first pitch scheduled for 6:30PM at Graham Field in Plano, TX. 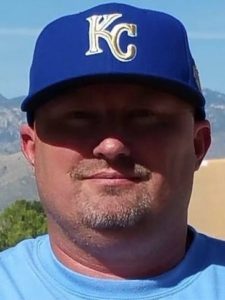