(October 15, 2017 – Plano, TX) It was another rough day at the office for a Spirits (Brazos) opponent on Sunday after the Thunderbirds visited the ghosts at Graham Field in Plano, TX. Club ace pitcher, Craig Molldrem was in the house and the big arm and big bat didn’t disappoint. It what would turn out to be the first of two straight no-hitters for Molldrem (he followed with a second no-hitter in an upcoming game prior to this story being written), the Spirits “big gun” would go on to strike out 13 hitters while walking one batter to just miss a perfect game.

On the offensive side of the plate, the Spirits were relentless. The squad put together 21 runs on 18 hits, while drawing 11 free passes to first en route to a 21 to 0 victory over the young Thunderbirds club.

“There’s not a lot you can say about this one,” commented team and club manager, Shawn Lee who was unable to attend the game. “It’s a tough recipe for a young team like the ‘Birds to come in and face an arm like Craig’s and then a team that’s clicking in all aspects offensively. I’ve been on the other side of a loss like this and you just have to put in your time, learn, build, and grow as a team and over time you’ll contend in these games. Let’s face it, Craig is on fire and so are some of the bats on this team. (Kirk) Sipila is on fire every game and then you add some additional firepower at the plate including (Guy) Koenig and (David) Delk with another 7 runs batted in? Nobody is going to beat that.”

Every Spirit that visited the plate hit safely in the contest with a number of players making the highlight reel. The only player not to obtain a run batted in was, John Mahalik, who walked twice and scored 5 runs to lead all players. David Tipton finished with a double, pair of walks, a run scored, and 2 RBI. Kirk Sipila finished with a 3 for 4 performance, a walk, 3 runs scored, and 2 RBI. Patrick Bilgere added a hit, a walk, was hit by a pitch, scored 3 runs and also batted in one, while Molldrem finished the day 3 for 4, with a double, walk, 2 runs scored, and 4 RBI.

Also building stats on the offensive end was John Showalter. Showalter finished 2 for 2, with 2 walks, was hit by a pitch, scored a pair of runs, added a stolen base, and was good for an RBI. Guy Koenig unleashed with a 2 for 4 performance, good for 2 runs scored, a stolen base, and 4 runs batted in. Chris Lewis finished with a single, 2 walks, a run scored and an RBI, while David Delk finished his day with a 2 for 5 performance, good for 2 runs scored and 3 RBI. Kyle Redinger closed up the offensive box score with 2 hits and an RBI.

Next on the schedule for the Spirits is a visit to the Dallas Bulls at Graham Field on Wednesday night. First pitch is scheduled for 6:30PM. 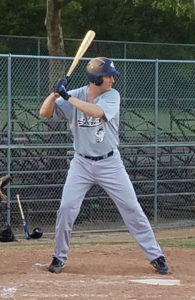 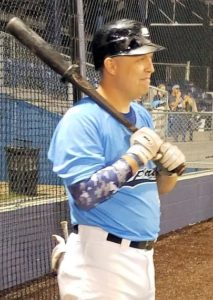