(October 26, 2016 – Plano, TX) The Dallas Spirits Fall Team advanced to the NTABL Fall Ball Brazos Division Championship game after a 4 to 0 victory over the DFW Hurricanes Wednesday night at Graham Field located at Prestonwood Christian Academy in Plano, TX. Pitcher Craig Molldrem stayed true to form as he shut down Hurricanes bats with 7 strikeouts in 6 innings. Molldrem allowed 1 hit during the shutout and walked 2 hitters. Slugger and additional team gun Jason Bottenfield was able to pick up the save, coming in for one inning of work and setting the 3 hitters he face in order, including a strikeout.

“The arms looked great once again,” commented Shawn Lee after the game. “Our offense was a little sluggish after 9 days off, but hats off to the ‘Canes pitching. The seem to know how to tame our bats time and time again, but we did enough to win and I’m just happy that Jonathan Duran and Keith Wallace were in the mood to hit, otherwise we might have been here awhile.”

Duran and Wallace led the Spirits hitters with 5 out of the 7 hits. Duran finished with 2 hits and 2 runs batted in and Wallace went 3 for 3 with a double, run scored, and an RBI. Outfield Dennis Gonzalez picked up a single as well and also scored once and batted a run in. Cliff Brade rounds up your Spirits offense with a single.

After a slow start and pitcher’s duel, the Spirits found signs of life in the bottom of the third inning when Wallace led off the inning with a double to the left-center field gap. Gonzalez followed with a single to score Wallace and the Spirits broke the ice with an early 1-0 lead. The Spirits weren’t finished, however as Brade singled after David Tipton walked, advancing Tipton to second and Gonzalez to third. Duran then singled to left scoring Gonzalez easily, but it appeared Tipton may be thrown out at the plate when Hurricanes pitcher, Vince Parello cut the throw off and promptly threw out Brade who was trying to reach third on the throw. The out may have proven useful however, as there would have been a play at the plate otherwise.

The Spirits picked up their fourth and final run in the bottom of the sixth inning after Brant Finchum drew a walk. John Show also drew a walk and Wallace followed with an RBI single to score Finchum.

With the victory, the Spirits record advances to 11-0 and the team is slated for the Championship this Sunday afternoon. The Spirits will host the Cubs, who upset the Braves in other Round 2 Playoff action. First pitch is 4:30 PM at Jesuit College Preparatory in Dallas, TX. 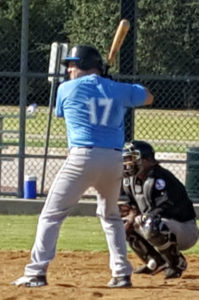 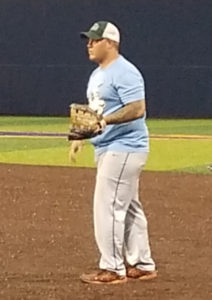 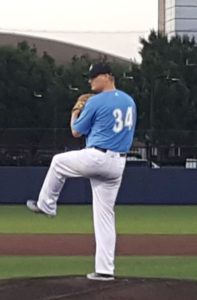