Spirits (45) All-Stars Slated for Next Sunday

(July 19, 2016 – Dallas, TX) The Spirits (45+) team made its all-star selections for next Sunday’s NTABL All-Star Charity Games to be played at Dr. Pepper Ball Park in Frisco, TX. The Masters League All-Star game kicks off at 8:30AM so be sure to come and come early! There are 4 games slated for the day, plus the second game features the Veterans League All-Stars at 11:10AM including the Spirits (35+) team all-stars.

Pitcher John Holmquist makes his third straight trip to Frisco as the team’s leading vote-getter for the position. An annual winner of the team’s “Big Spirit” award, Holmquist has done much more than motivate his teammates and pitch. John’s been an additional resource for the team seeing time both in the outfield and at the plate. Holmquist stands with a record of 3-2 with a 4.20 ERA including a team-leading 16 strikeouts.

Returning to the field includes infielder Brant Finchum. Finchum, a utility player that can play just about any position including pitcher currently leads the team in hitting at .560. Brant also leads the team with 14 hits including a double and 2 triples. Next to Finchum within the all-star infield will be the resurgence of first baseman, Brian Hackney. Hackney’s bat has been on fire this season including a .476 average that includes a pair of doubles and 8 RBI. Brian’s bat has been key in several games and he represents the team well as a solid hitter and first baseman.

Also returning to the friendly confines of Dr. Pepper Ball Park is 3-time team “MVP,” Kirk Sipila. Sipila typically leads the team in batting average and is currently hitting .448. Kirk’s offensive numbers speak volumes about his contribution to the team’s offense. Sipila is second on the team with 13 hits, including a double and a team-leading 11 RBI and 10 runs scored. Sipila also offers his services defensively playing both infield or outfield, and also handling pitching from the starting or closing positions.

Left fielder Shawn Lee rounds out your Spirits (45+) all-star lineup in his fourth trip to the NTABL All-Star Game. Lee is currently hitting .500 with 4 doubles which leads the team in extra base hits. Lee is second in total bases with 16 and also second on the team with 9 runs scored. Shawn manages the Spirits (35+) squad and also manages the Spirits Baseball Club. Eric McPherson, a Spirits (35+) all-star selection will serve as the alternate for the Spirits (45+) team. Eric is currently second on the team in hitting at .522.

If you would like to attend the NTABL All-Star games and charity event, the public is welcome and gates open at 8AM at Dr. Pepper Ball Park in Frisco, TX. Friends and family members of the team are also invited to join the Spirits in their air-conditioned suite to meet other friends and guests attending. All proceeds raised including ticket sales and donations go directly to fun the Scottish Rite Hospital for Children in Texas. If you would like to donate, please click here to advance to the donation website. Upon donating, please select Spirits 45 as the team to Support as the team thanks you for your consideration! 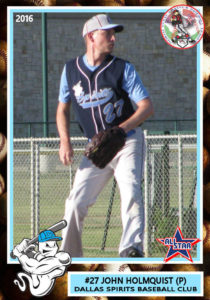 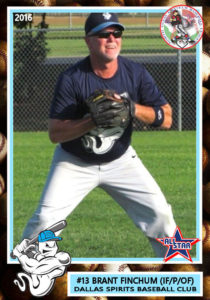 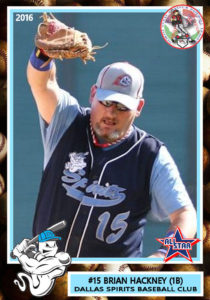 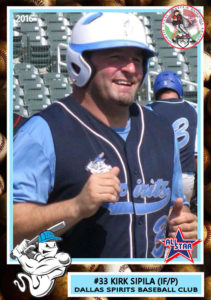 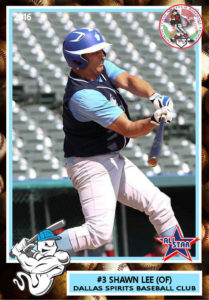 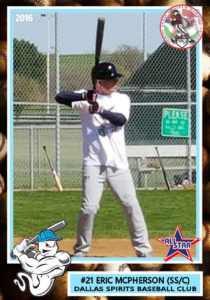