(April 29, 2018 – Plano, TX) It was a beautiful day for baseball, however rather than play their scheduled game, the Dallas Panthers chose other commitments versus a rescheduling of the game to hand the Spirits (18+) a game-less victory.

League officials indicate the rules state that the forfeiting team will pay a fee no less than the cost of umpires for the game. Manager, John Showalter wasn’t thrilled with the outcome stating, “We’re here to play. We know it’s a scheduled game, why doesn’t our opponent? I won’t go on and on about it, but show up for your game. You’re affecting the lives of 12 to 15 other players and their friends and fans who have made plans. We hope the league is diligent on collecting their fine and hope that our opponents start putting scheduled games first.”

The “victory” pushes the team’s record to 5-0. With a bye scheduled for the upcoming Wednesday slot, the team will await next Sunday’s contest versus The Dark Horse. The game is scheduled for 3:00PM at Pope John Paul II High School in Plano, TX. Click here to learn more about the schedule, obtain directions, or to download the iScore app to watch and listen live! 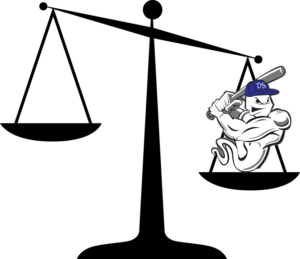