Molldrem Strikes Out 15 in Victory Over Cubs

(July 13, 2017 – Carrollton, TX) Previous season history would show that Thursday night’s NTABL Veterans League match-up between the Spirits (35+) and the Cubs should heavily favor the ghosts, who walked away 21-0 and 10-2 winners in previous games during the 2017 campaign. The Cubs had other ideas however, as they fought and proved to be a solid foe despite the fact that Spirits ace pitcher, Craig Molldrem having full command of his pitches.

Molldrem was able to strike out 15 Cubs hitters Thursday night, but the set down scenarios at the plate didn’t seem to have any mental effect on the Cubs as they still rallied for 9 hits and 3 free passes, putting up 3 earned runs against the hard-throwing right-hander. As for the Spirits, credit both the offense and defense for working together to strand 10 Cubs on base, while managing 13 hits of their own as they held on to pick up victory number 13 as they eventually left the confines of Field #11 with a 6 to 3 win.

Cliff Brade started things off in the first by reaching on a Cubs error, but the lead off base runner was short-lived after Brade stole second and then was called out on a controversial call when he attempted to take third. Brade had a great jump on the pitch and upon sliding into third base, the bag left it’s holding spot and the tag came high to the shoulder. The field umpire made the call as an out, but it was clear that Brade was already pushing the bag during the slide before any tag was applied. Shawn Lee delivered one of several Spirits shots to center field that landed safely in the glove of center fielder, Brad Leveridge. Leveridge played spoiler on a number of hits that made their way to both center and left-center field throughout the night and also delivered from the plate as well with a pair of hits including a triple. With two down and nobody aboard, Kirk Sipila drew a free pass and advanced to second on a passed ball. Slugger, John Mahalik made is first appearance with the club and made his introduction matter by drilling an RBI single to left to score Sipila.

The score remained 1 to 0 until the top half of the third, when the Spirits struck again. Brade was hit by a pitch and Lee followed with a single to put two on with nobody out. Sipila also singled to scored Brade and Mahalik drew a walk and it appeared the Spirits may be poised for a big inning. Cubs pitcher, Todd Murrah settled however, getting Molldrem and Chris Lewis to strike out and John Showalter to fly out.

With Molldrem keeping hitters off balance, he picked up strikeouts 5 and 6 in the bottom half of the fourth and the Spirits played offense again in the top half of the fifth when Lee picked up his second single on the evening. Lee advanced to second after Sipila was hit by a Murrah pitch and then scored on a single by Molldrem. Lewis followed with a 2-RBI double and after four and a half innings completed, the team was coasting 5 to 0. In what appeared to be another shutdown inning by Mollrem, the Cubs bats suddenly awoke after Rodger Battani singled between another pair of Molldrem strikeouts. With one on and two out, Marc Hepburn reached on a Spirits error which pushed Battani to third on the throw. Battani was then able to score on a passed ball and Chris Crombar drew a walk. Enter defensive hero, Leveridge. Leveridge took the first pitch he saw from Molldrem to the left-center field fence for a triple, which scored both Hepburn and Crombar. Justin Toone then drew a walk, but Molldrem rebounded to pick up his ninth strikeout by setting down Josh Kallail. After five complete, the Spirits saw their lead drop to 5 to 3.

Earl German led off the Spirits sixth with a double and advanced to third when Brant Finchum singled. David Tipton followed by reaching on a fielder’s choice, which squeezed Finchum at second, but the play was good enough to score German. Brade then singled to put runners on the corners, but replacement pitcher Stacey Scott was able to get Lee to ground out to end the inning. Murrah then led off the Cubs half of the inning with a single, but Molldrem remained poised and struck out the side.

Molldrem went on to pick up his second hit on the night in the seventh, but the Cubs defense held the Spirits offense to another egg to bring the game to its storybook bottom half of the seventh and the Cubs script didn’t disappoint. Cubs drama began with Hepburn leading the inning off with a single, followed by Molldrem striking out Crombar. The next punch was thrown by Leveridge and the Cubs after Leveridge singled to put runners on first and second with one out. With the tying run at first, Toone followed with yet another single to load the bases with one out. It turned out to be Molldrem’s night however, as he overpowered both Kallail and Murrah, picking up strikeouts 14 and 15, and the Spirits walked away with a 6 to 3 victory in a game that truly saw two teams exchanging blows each inning.

“Epic performance by Craig tonight,” noted Lee after his team’s victory. “You can always expect a solid effort by Craig, but when you have a team that can hit as well as the Cubs can, you have to give him credit for remaining poised. And a lot of that poise stems from great defense. The guys did an outstanding job tonight when they put runners on base. That’s the sign of a good squad. I mean, we know we have great pitching, but if your team can’t hit or play defense it won’t matter. These guys can and they do it night after night. We’ve got some great leadership on the field with guys like Sipila, Finchum, Bilgere, (Jonathan) Duran. Everyone has a role, but a lot of our guys do more than just play a spot on the field. You add all-star performance players like Tipton and Brade, a great bat from Lewis, solid defenders like Showalter and (Jason) Bottenfield, you’ve got a recipe for a championship. And that’s our goal this season. We fell a little short last year, but we are focused this year. Great effort all around.”

Additional credit appeared to be due to the Cubs defense as well. The Cubs were able to to stave off the 13-hit attack by stranding 13 different Spirits base runners keeping the game close in what could have been a blowout victory. The Spirits return to action next Thursday night as they visit the Brewers at historic Reverchon Park in Uptown, Dallas. First pitch is scheduled for 6:30PM. 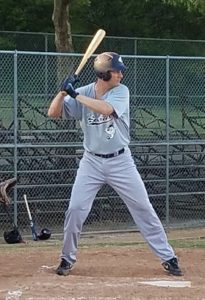 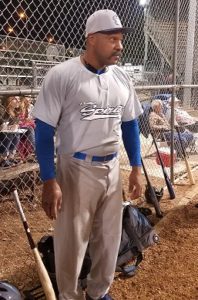