Spirits (45+) Pick Up Win Number 16 with Victory Over Bulls

(July 30, 2018 – Plano, TX) Chalk up another win for the Spirits (45+) as they coasted in an extremely shortened affair against the North Dallas Bulls Monday night at Graham Field.

Manager, Kirk Sipila was in a giving mood as starting left fielder, Shawn Lee took the start as the Spirits pitcher for game number 17 of the NTABL Masters League season. Lee, a former pitcher in his high school days didn’t do half bad, making it nearly 3 of the 4 innings played allowing just one hit, zero earned, while walking one, hitting 3, and striking out 2. Guy Koenig played mop-up duty closing out the game with a walk and a strike out.

The game was unique based on the fairly high number of pitches being thrown by Lee, however the Spirits offense was left on pause as Ben Northcutt, the Bulls pitcher quite literally took up to 30 seconds between pitches. Despite the impatience this action caused, the Spirits found several big innings to make enough noise to coast to a 10 to 2 victory. It was the Bulls who drew first blood after lead off hitter, Dave Wylie watched two balls cross the plate before wearing Lee’s third pitch of the game. Lee set down Mark Coll on swings but not before Wylie was able to advance to second and then third following a pair of wild pitches. Chris Allen then took to the plate and as Lee walked up to the mound, he quickly noticed that Wylie had a bit of a sleepy lead off of third. Lee promptly side-armed to Koenig, playing third and the duo was able to pick off Wylie for the second out. Lee then struck out Allen, but Allen made it safely to first on a dropped third strike to keep the Bulls inning alive. Todd Brooks made it runners at the corners after wearing another pitch delivered from Lee and the bases were later loaded after Lee walked John Crossley. George Ebertin then took the next fastball from Lee to left field and just like that, it was 2 to 0, Bulls. Lee was able to then get Lance Metcalf to fly out to end the inning.

The Spirits offense quickly made it 5 to 2, Spirits in the bottom half of the first after Brant Finchum doubled to lead things off. Finchum later stole third base and then scored after Eric McPherson completed a sacrifice fly to right. Sipila then followed with a single and scored on the next pitch after Koenig delivered a triple to the right-center field wall. Chris Lewis went down on swings to make it one one with two outs, but Jack Nash followed with a single to score Koenig. Lee drew a base-on-balls and then stole second before Mark Leemaster singled to score Nash and push Lee to third. Lee was then able to score on a balk from Northcutt and John Holmquist eventually went down on swings to end the Spirits rally.

Lee was able to set the Bulls in order during the second and the offense came back with another pair of runs after Finchum again led off the inning with a hit. Finchum stole second and would later advance to third after both McPherson and Sipila flew out. Koenig then singled to push Finchum to third and Finchum later scored on a fielding error by the Bulls second baseman. Koenig advanced to second on the misguided throw and later would steal third and then make his way home on a wild pitch from Northcutt. Northcutt eventually was able to set Lewis down on swings.

Lee then started the third by getting Coll to ground out and after hitting Allen with a pitch, Lee pulled himself after feeling a twinge in this throwing elbow. Koenig took the reigns and Lee’s 2-2 count to Brooks and eventually walked Brooks. Koenig settled quickly however, and was able to get Crossley to fly out and Ebertin to ground out.

The Spirits made built up their final handful of runs in the fourth after Finchum doubled to start the inning. McPherson lined out and Sipila drew a 4-pitch walk. Koenig then flew out and both runners then advanced on a double-steal before Lewis singled to score Finchum. Sipila then scored on the next pitch after Nash singled to left and Lewis then scored on a single by Lee to give the game its final due to time restraints.

The Spirits bring it back next Monday night for their final regular season game as they visit the DFW Hurricanes starting at 6:30PM at Graham Field. Click here for schedule details, to obtain driving directions, or to watch and listen to the game live, online!

DMIS Manage IT Services Players of the Game 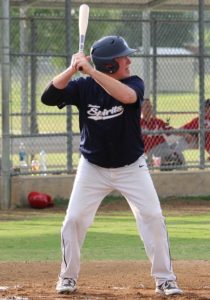 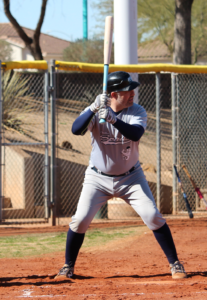 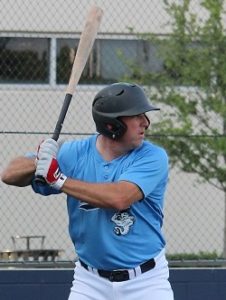