(February 1, 2019 – Dallas, TX) The Dallas Spirits Baseball Club welcomed CORE Physical Medicine to the ball club during the 2019 campaign as a team donor and sponsor. Teaming up with CORE seems like a natural fit when you combine adult athletics alongside top-notch physical medicine and the relationship couldn’t have come at a better time as the ball club prepares for the 2019 season next week when the Spirits (40+) squad debuts in the DFW ABA League starting with a game against The Drillers at Oak Grove Park in Grapevine, TX at 9:00PM.

The team will play the following Wednesday at the same location as they host the Renegades starting at 6:45PM. Two days later, the squad heads to Las Vegas, NV to compete in the MSBL Las Vegas Kickoff Classic with games starting Saturday, March 9 and the tournament ending on Monday, March 11.

“That’s a lot of baseball in a few days,” commented Club Manager, Shawn Lee. “We’re going to need all the help we can get to stay healthy. We competed in Vegas last year, sending our 45+ squad against some of the premiere 35+ talent in the country. We played well, ending with a second place finish in our division, but playing so much at the beginning of the year took its toll on a few players, including myself. I chose to seek out therapy, which brought me to CORE. I can tell you, these folks are miracle workers. I’m a walking testimonial that their methods work. We bonded immediately and Dr. Schnauppauf generously donated to our cause and we look forward to sharing their brand proudly and with proven success from players who will be filing in for assistance.” 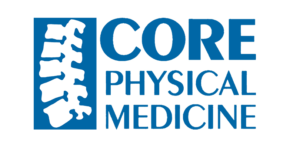 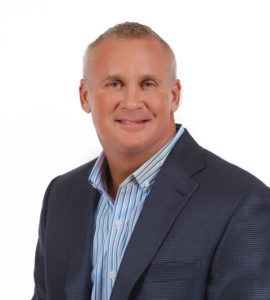 Among the talented staff at CORE, the Spirits and their surrounding friends, family and other teams throughout the DFW area can expect the best in treatment from Dr. Schnauppauf and the rest of his team. Dr. Schnappauf is the owner of CORE Physical Medicine and serves as a Doctor of Chiropractic after receiving his Bachelor of Science degree from Montclair State University in New Jersey in May of 1986. He later attended Parker College of Chiropractic and graduated with a Doctorate of Chiropractic in August of 1995. He’s certified in Cervical Spinal Trauma by the San Diego Spinal Institute and specializes in soft tissue mobilization/release techniques for alleviation of joint/muscle dysfunction. Dr. Schnappauf is also a Designated Doctor for Texas Worker’s Compensation. 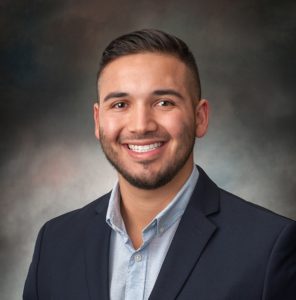 He would later enroll in the chiropractic program and attain his Doctorate of Chiropractic in April of 2017.

Dr. Guerrero possesses extensive knowledge of the information and techniques used to diagnose and treat musculoskeletal injuries and deformities. He also has advanced knowledge of the methods and procedures for rehabilitation of biomechanical dysfunctions. Dr. Guerrero aspires to further his education and one day achieve his diplomate in chiropractic sports medicine. Outside of his talent at the office, Guerrero will also join the team in Las Vegas to assist as the team’s physical therapist and chiropractor.

Last and certainly not least is the incredibly friendly personality and talents of Dr. Jaqueline Clark. Dr. Clark is a Doctor of Physical Therapy in the Coppell, TX office and she received her Bachelor of Science in Exercise and Sports Sciences from Texas Tech University in May of 2014. Her Doctorate of Physical Therapy was completed at Texas Tech University Health Sciences Center in May of 2017.

Dr. Clark is an active member of the American Physical Therapy Association and the Texas Sports chapter. She is working towards certifications in manual therapy, dry needling, and other specialties to provide better care for her patients.

The team is enthusiastic about building their relationship with the team at CORE and looks forward the opportunities of working with their dedicated teams to keep players healthy and moving.

“We couldn’t be more excited to work with CORE,” continued Lee. “I will personally continue my regiment with them as I try to stay healthy and active and without question will be advising anyone I know to do so as well. We continue to reach out to adult men to encourage them to play baseball and now we’ve found a way to utilize this ‘fountain of youth’ to keep us going. My former coach used to say, ‘you surround yourself with good people and you will find success.’ I believe we’ve done that with the group and CORE and I’m excited for the possibilities.”

For news, game stories, schedules and scores, be sure to stay tuned to www.spiritsbaseball.com and join the team socially on Facebook. The Spirits look forward to your continued support!