(August 20, 2018 – Dallas, TX) The Spirits (35+) squad won’t be finishing it’s regular season as planned. In an email this morning, the league contacted teams to let them know that the decision was made to cancel regular season games so as to fit playoff games neatly into place to better fit an overall schedule for the league.

As a result, this Thursday’s game has been changed and the outcome will be that of the NTABL Veterans League‘s double-elimination tournament play. The club was originally scheduled to play the Knights for a regular season game and had yet another game awaiting to be rescheduled before the changes were applied. With the changes in place, the Spirits (35+) now hosts the Knights at 9:00PM at McInnish Park #10 in Carrollton. 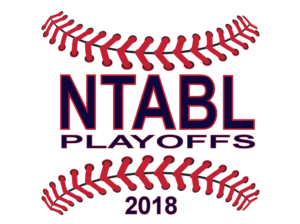 “We were partially surprised by the decision to end our regular season early again,” commented club manager, Shawn Lee. “A number of our players and fans get a little frustrated when we don’t get to play all of our regular season games, but the league is doing it’s best to squeeze in playing fields, review results, etc. It is somewhat frustrating as we pay to play a certain amount of games, so I personally get a little torn between wanting to play and understanding what the league is trying to accomplish. It’s something we can bring up at the end of the year to try to change, but there’s a few personalities that will have be more open minded before we’ll get anywhere. We don’t feel every team belongs in the playoffs either. The regular season should count for something so we should be playing a best of three series between the top four teams and the remaining teams should be playing consolation baseball. We’ll see what we can do about changing that for 2019 if we return to the NTABL.”

Tournament play will begin this Thursday with all teams making the playoff as the teams complete in a double-elimination tournament. Click here for schedule details, to obtain driving directions to the game, or to download the iScore Central app to watch and listen to the game live, online.