(August 4, 2020 – Carrollton, TX) Just 4 days prior, the Spirits (35+) offense dropped 21 on the NTABL Veterans League leading Dallas Cardinals and the explosiveness of offense was the buzz. It’s always fun until you’re on the flip side of that coin and on Monday night, the Dodgers dropped 16 hits and rolled to a 17 to 8 victory at McInnish Park.

The Spirits were in the game despite a quick 2 to 0 start by the Dodgers in the first inning. The Spirits rallied for 5 runs in the bottom half and it appeared they had picked up where they had left off just a game ago. Cliff Brade drew a walk to lead things off and after swiping second base, Eric McPherson also drew a walk to put two on with nobody out. Kirk Sipila singled to load the bases and Travis Hitzeman stroked a hard RBI single to left to get the Spirits on the scoreboard. McPherson would later be tagged trying to take home on a wild pitch and after Shawn Lee walked the bases were once again loaded for the ghosts. Sipila was able to score on another wild pitch from Dodgers starter, Wes Kirby and Brian Hackney followed by drawing another base-on-balls to reload the bases for Chris Lewis. Lewis followed with an RBI single and two pitches later, Lee crossed home on another wild one from Kirby. Three more pitches later, Hackney scored on another pitch in the dirt before David Tipton grounded into a 6-4-3 double-play to end the inning and the Spirits merry-go-round scoring spree.

The Dodgers bounced back with a run in the second inning after Jeff Hamm reached on an error, moved to second on a ground out and then scored on an RBI single by Kevin Simmons. The Dodgers then turned to harder-throwing, Brad Kempson to slow down the Spirits offense and it worked. The Spirits went in order in the bottom half of the second and held a marginal lead at 5 to 3.

The Dodgers then opened up for 4 runs in the third after Sean Colvin drew a base-on-balls to lead the inning off, Eric Landsberger singled and both runners advanced on a wild pitch from Spirits starter, Jonathan Duran. Lance Broadway flew out to complete a sacrifice fly but after the relay failed by the Spirits, both runners were able to score. Nick Bird then doubled and advanced to third on a single by Brian Kellner and Bird later scored when Wes Kirby reached on a fielder’s choice. An RBI double by Hamm scored Kirby and the Dodgers had a 7 to 5 lead.

The Spirits cut the score to 7 to 6 after Hitzeman reached on a error and Lee singled. Both runners moved over when Hackney grounded out and Hitzeman later scored on a wild pitch.

The Dodgers then added a pair of insurance runs in the fourth after Simmons reached on a one-out double and later scored on a single by Kempson. The Spirits then rallied for 2 runs after Brant Finchum walked and then scored on a triple by Tipton. Tipton would later score an a sacrifice fly by Duran and the score was 9 to 8 heading into the fifth. That’s when the Dodgers decided to unleash a wrath of offense that would include a pair of runners getting hit by pitches, a pair of walks and 4 singles and a double to put up a snowman (8 runs) on the Spirits and Hitzeman, who had come in to relieve Duran back in the third inning.

The Spirits added a trio of singles in the fifth but failed to score and due to the league’s game time restrictions found themselves behind a fairly lopsided loss.

“Not much you can do about a team crushing the ball. They found holes and opened it up that last inning and it was all over but the crying so to speak,” Lee mentioned after the game.” We didn’t play well. Self included. There were plays we should have made, throws we should have completed. I’m not sure it would have changed the outcome, but it may have made things closer. The Dodgers are no joke. They can hit, and more importantly they have a few guys that can pitch. They’re shortstop was on fire, shut us down defensively so hats off to them. Good win. We’ll regroup and get after it on Thursday against the Knights.”

Sipila and Lee led the Spirits offense with a pair of hits each. Hitzeman added a hit, RBI and pair of runs scored and Lewis and Tipton finished with a hit each and an RBI as well. Tipton’s triple was the lone extra base hit on the night for the ghosts. Bird led the Dodgers with 3 hits, including a double, RBI and 3 runs scored.

The Spirits will be back at it this week, making their first visit to Graham Field at Prestonwood Christian Academy in Plano. They’re scheduled to face the Knights at 8:45PM and you can click here to review schedule details or to learn how you can download the iScore Central app to listen to games live online! 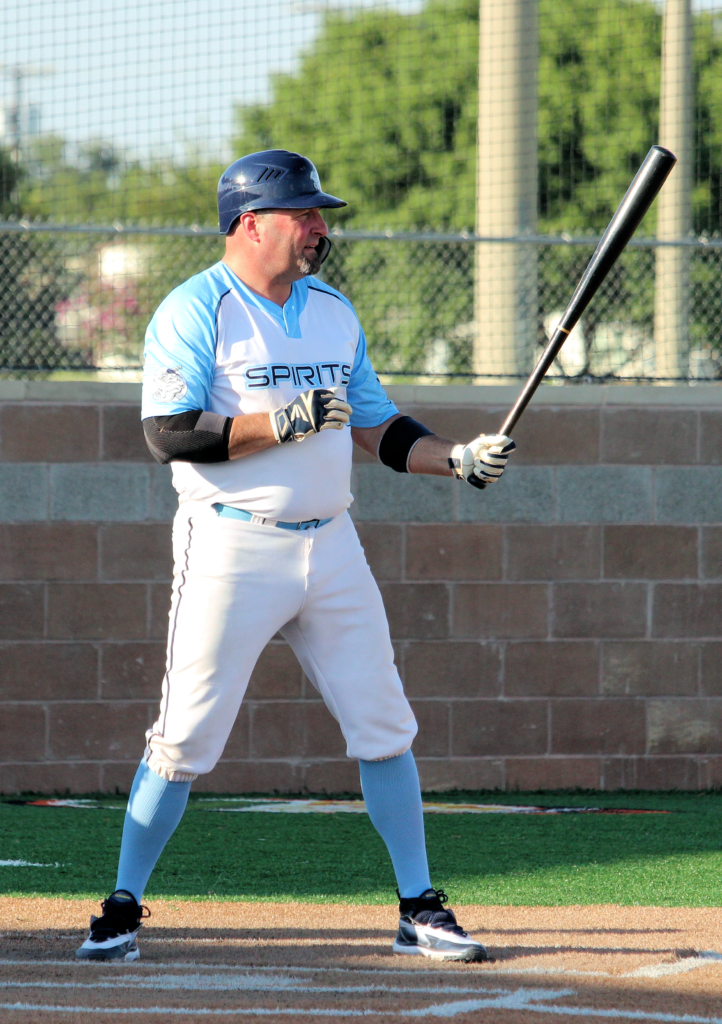