Spirits Bring Their Own Heat Against Brewers

(July 9, 2016 – Dallas, TX) Despite the Dallas heat and humidity and a number of players that were entering their second game of the day, the Spirits (35+) stayed hot themselves beating down the QHT Brewers, 14 to 4 at Jesuit College Preparatory on Saturday.

The Spirits got things started quickly jumping out to a 3 to 0 lead after Cliff Brade led things off with a single. Brade then stole second followed by third, and then scored after Brant Finchum singled. Second baseman, Jason Bottenfield followed by blasting a a two-run home run to left-center igniting the Spirits early.

Pitcher Jonathan Duran continued with solid control shutting down Brewer bats in his first three innings, and then aided in his own cause by continuing his hot hitting with a hard double in the third. The shot to left-center scored Bottenfield, who had singled earlier in the inning for his second hit of the game. With a comfortable 4 to 0 lead, Duran and company then headed into the bottom of the 3rd inning where things got a little interesting. Ray Jordan reached on an error, but the blunder was quickly resolved on the next play when Tim Mormile grounded out in a 6-4-3 double play. With two on and nobody out, Jody Nicewonger singled. Nicewonger then reached second on an error during a pick off attempt, and then scored after a single by Donald Mason. Mason stole second and Fernando Barba then singled. Mason stole third and then scored along with Barba on a single by Paul Dominguez. Dominguez also stole second and then later scored after Will Rupert singled tying the game at 4 to 4.

“Before the game, I felt really good,” mentioned Duran who also acted as fill-in team manager for the game. “I had good command of my change up and curve ball. We seemed to roll through the first few innings with ease, but then things got a bit out of hand. There were a few routine plays that were missed and we helped them get back in the game by beating ourselves a bit. I’m not sure if it was the heat, but we continued to mishandle the ball for the next few innings and by the 5th, I was ready to hand the ball over to someone else.”

Fortunately Duran and the team’s frustrations were held at bay as they were able to find ways out of each of those innings with the exception of the 3rd inning. “The heat was really starting to get to me and I had some trouble starting to make my pitches,” continued Duran. “With an empty bench and tired arms on the field, I felt I had to stick it out. I got us through five and fortunately our new acquisition (Olsen) was able to come in and close things out. I was really impressed with his velocity and he also showed us a great bat.”

The Spirits added an additional run in the 4th and two more in the 5th after Duran singled for his second hit of the game to load the bases after Finchum reached on an error and Bottenfield was hit by a pitch. This set the stage for the newcomer and the latest Spirits edition, Tim Olson. The team welcomed Olsen in his debut and he brought an immediate impact. The former Arizona Diamondback draftee and Colorado Rockies player singled to left-center scoring both Finchum and Bottenfield, which gave the Spirits some additional insurance and a 7 to 4 lead. Olsen finished the day with 3 runs batted in.

Duran proceeded to shut down Brewers hitting in the 5th and the Spirits came up for some additional insurance in the 6th and instead chose to unleash. The team batted around, putting up 7 runs on 4 hits to take a commanding 14 to 4 lead into the game’s final half of the inning due to time constraints. Olson relieved Duran and set the Brewers down in order to seal the victory.

In a final look at the numbers, both Bottenfield and Jason Reyes each managed 3 hits, while Brade, Duran, and Olson each added 2 hits including Duran’s double. Finchum and David Tipton each added singles as well.

The Spirits (35+) are idol next Thursday night but return to action the following Thursday as they host the QHT Brewers starting 6:30PM at Jesuit College Preparatory in Dallas. 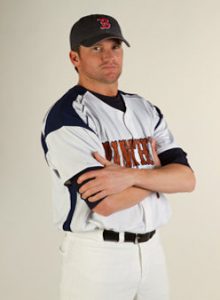 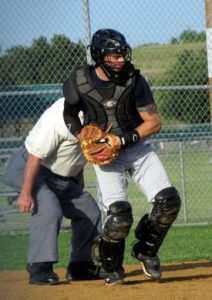 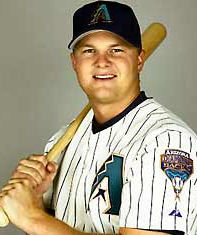