Spirits (45+) Kick Off 2018 with Thriller Against Hurricanes

(April 2, 2018 – Plano, TX) With April Fools looming just the day before, the Dallas Spirits (45+) squad almost played the fools Monday night as they almost let the start to the 2018 NTABL Masters League season slip out of their hands.

The Hurricanes Baseball Club appeared to be season ready, and some solid defensive play and smart base running put the ‘Canes in control of most of the game. John Holmquist took the opening day start for the Spirits and his first inning was solid. Holmquist set the Hurricanes in order in the top half of the first after getting Mark Adams to ground out on the first pitch, and James Deen to ground out two pitches later. Vince Parello followed with a fly out to close a 1-2-3 inning and Holmquist had thrown just 5 pitches to start.

The Spirits offense was clicking in the early going as well as David Tipton led things off with a triple to the right-center field gap. Shawn Lee followed with an RBI single to score Tipton and the Spirits were quickly up 1 to 0. Lee promptly stole second and later scored after Kirk Sipila singled off a 3-1 count to give the Spirits a 2 to 0 lead. Guy Koenig followed with a double to push Sipila to third and the Spirits offense was rolling, however Parello decided to put a stop to the Spirits hot start after Patrick Bilgere drove a solid fly ball to left field where Parello was residing. Parello caught the ball with momentum towards home and fired a strike to the dish to get Sipila at the plate for a double-play on what appeared would be a typical RBI on a sacrifice fly. Eric McPherson drew a walk, but Hurricanes pitcher, Bob Delahunt was able to get Mark Leemaster on a grounder to kill the inning.

The Hurricanes offense showed up in the second with a head of steam as patience at the plate paid off. Greg Anderson drew a 3-2 walk to start things and Eric Reifschneider followed with a 3-1 walk to put runners on first and second with nobody out. Brad Petty followed with a line shot to third that Spirits third baseman, Brant Finchum snared, but the Spirits defense missed out on the double-play opportunity when Finchum’s throw to second made it’s way past Leemaster covering the bag when the ball hit Anderson in the back. Both runners advanced on the play, but Holmquist was able to rally to strike out Mason Gann leaving two on with two outs. Chris Crombar followed up with an RBI single to left to score Anderson and then advanced to second when Lee fired a strike to home plate that appeared in time to get Reifschneider at the plate. Bilgere wasn’t able to corral the relay by Lee and the Hurricanes inning continued. Michael Madsen then reached on a Spirits fielding error to push Crombar to third, and Crombar later scored on a single by Jose Guevara to give the Hurricanes a 3 to 2 lead.

From this point, offense was few and far between for both teams until Finchum reached on an error after Guevara replaced Delahunt as the Hurricanes pitcher. Finchum reached third on a single by Chris Lewis and with two out in the fourth, Brian Hackney pool-cued a roller to first that ended the rally. Holmquist came out with some fire in the fifth to shut down the Hurricanes hitters as he was able to get Crombar to ground out and then proceeded to manhandle Madsen and Guevara by striking both hitters out with some authority.

Sipila came in to close for the Spirits in the top half of the sixth and was able to get Kirk Pruitt on swings to start the inning. He followed suit on Mark Adams with another strikeout, however the third strike got past Bilgere at the dish and the speedy Adams was able to make it to first on the dropped third strike. Deen folowed with a single to push Adams to second and a fielding blunder allowed Adams to escape to third after Sipila made an incredible spin and pick off attempt to Leemaster at second. Leemaster lost his footing on the play and Adams darted for third. Leemaster wasn’t able to recover in time to make a throw and the Hurricanes had runners at the corners with one out. Parello followed with a ground out, however the roller was good enough to score Adams and the Hurricanes led, 4 to 2. The Spirits defense recovered to get Anderson on a ground out and headed into the bottom of the sixth with an opening day rally on their minds.

Koenig led things off with a single in the Spirits half of the sixth and later advanced to second on a single by Bilgere. McPherson flew out to stall the runners, but Leemaster drew a base on balls to load the bases for Finchum. Finchum followed with a single to score Koening, and Bilgere later scored after Lewis reached on a fielder’s choice that squeezed Leemaster at third. With the game tied, 4 to 4, Hackney, one of the Spirits sluggers once again made his way to the plate. Hackney drilled a couple of foul balls, however Guevera got crafty with his speeds and again found a way to get Hackney to pool-cue a roller to ground out and end the inning.

Despite a one-out single by Petty in the seventh, Sipila and his defense were able to hold back a return rally by the Hurricanes after Sipila added the exclamation point by striking out Crombar. The Spirits needed to find some offense in order to avoid a tie game and Jack Nash quickly played the role of hero after taking a 1-1 pitch opposite field for a double. Tipton was intentionally walked to create a force out on the bases, bringing up Lee who had previously taken two earlier shots to the left field warning track. Hero opportunity didn’t appear to be in the cards for Lee as he again flew out to deep left field, but Parello was able to get under the ball and hold the runners. Leaving two on with one out, Sipila followed with an infield single to load the bases for Koenig. Koenig, 3-3 on the evening was poised and prepared for the opportunity. Koenig drew a 2-2 count and then took the next pitch to right field for a single that may have been a little misjudged by the Hurricanes right fielder, eager to catch and throw home. The ball dropped to the turf and John Showalter, pinch-running for Nash easily scored and the Spirits had themselves a 5 to 4, opening day walk-off victory.

“We couldn’t ask for a better game on opening day,” commented a jovial Kirk Sipila after his team’s victory. “John (Holmquist) started the game off with a 5-pitch, three up, three down top of the first and we just seemed ready for business. Our offense started on fire, despite those flames being tamed for a couple of inning midway through the game. Our first four hitters all reached with solid hits and I felt Holmquist had a solid night on the mound (5 IP, 3 H, 3 BB, 3 K, 3 R, No Decision). I was happy from the performance tonight by ‘Big John,’ but unfortunately we didn’t reward that performance offensively. But speaking of offense, Tipton has shown a new approach at the plate this year. He’s getting deeper into counts and zeroing in on pitches he can drive and if it’s not there, he’s willing to take the walk and that’s exactly what we need from the top of the order. Leading off the game with that triple was huge for us. Guy (Koenig) was awesome tonight as well. A 4 for 4 performance and the walk-off to win it on the bottom of the seventh…fantastic! Jack (Nash) leading off that inning with a double really put the pressure on the Hurricanes and gave our hitters the confidence to keep that rally going. It was a great atmosphere tonight and a great game to be part of. Hats off to the Hurricanes, they played well enough to win, but we were just a little deeper tonight.”

Sipila and his squad will return to action next Monday night as they host the Caddo Reds at Graham Field on the grounds of Prestonwood Christian Academy. Someone will be dealt their first loss as both teams began the season 1-0 as the Reds ran past the North Dallas Bulls by a score of 8 to 2. First pitch is slated for 6:30PM. 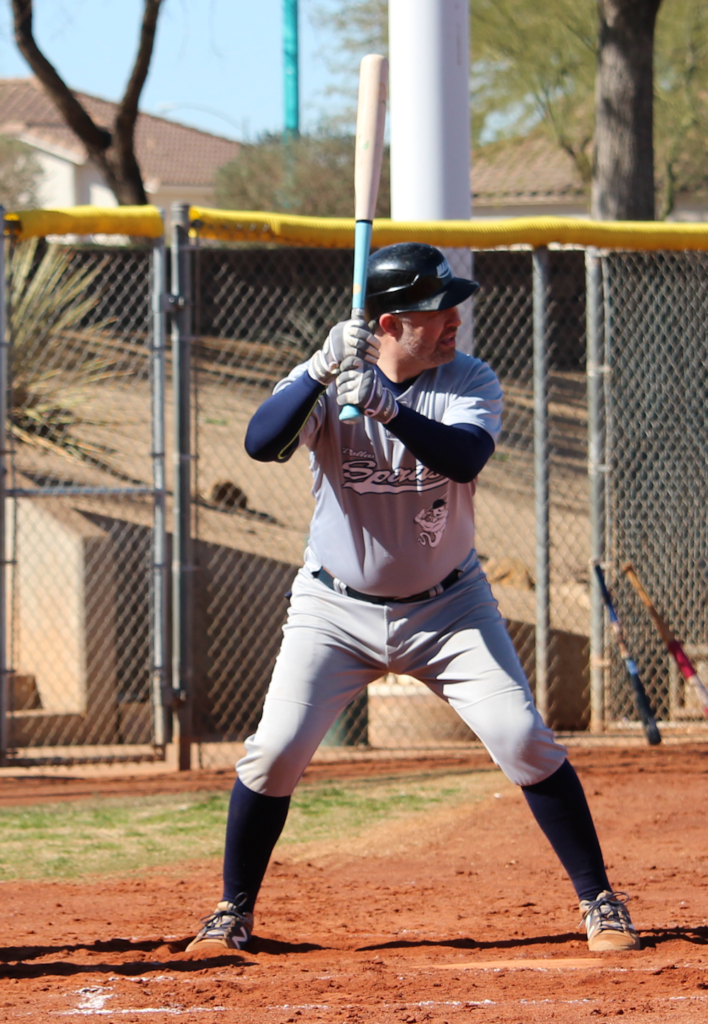 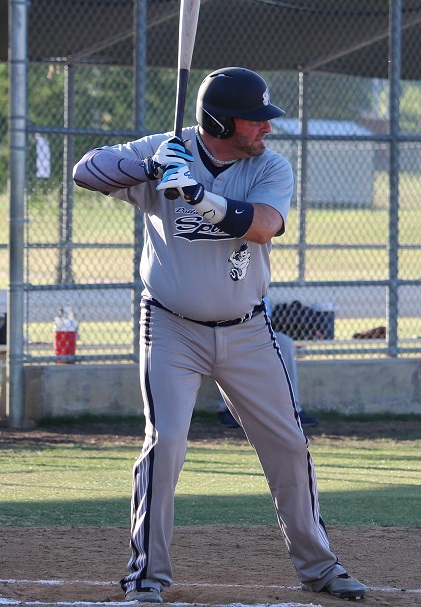