(September 16, 2019 – Carrollton, TX) It was a bumpy ride most of the way and the phrase “Spirits inning” maintained its theme in a game that showed hope, but then ended in disappointment Wednesday night. The Spirits (35+) squad was in control of the elimination game versus the Thunderbirds through four and half innings of play, but a handful of errors plagued the squad as they could only watch the game slip away play-by-play.

Jonathan Duran took the start for the ghosts and looked good as he was backed behind some solid defensive play that allowed the Spirits to get out of a two on with one out situation in the bottom half of the first after Bo Vaculick and John Menth reached on back-to-back singles. The Spirits were able to get the next Thundbirds hitter to pop out in the infield and Duran was able to take down Ron Short on swings to escape the inning.

The Spirits offense then capitalized in the second after Eric McPherson led the inning off with a single. Patrick Bilgere was retired on a fly ball, but McPherson stole second base and a single by David Tipton pushed him to third. Tipton then swiped second to give the Spirits two runners in scoring position and Brant Finchum then loaded the bags after he drew a walk off of Thunderbirds starter, Bodie Wilson. Duane Aponte followed with a sacrifice fly to give the Spirits a 1 to 0 lead after McPherson tagged and scored, and Tipton later scored on an RBI single by Earl German before Duran went down on strikes to end the rally.

Duran and company held the Thunderbirds in check until the fifth inning when the defensive play of the ghosts fell on its face. Duran struck out Jody Nicewonger to start the inning and after the great start, Brade Petty and Brad Bode both singled. Brian Synatzske appeared to be out number two, but an easy fly ball in foul territory next to third was missed and it gave Synatzske new life. He used the opportunity to find a single to then load the bases for Vaculik. Vaculik followed with a line drive straight to Cliff Brade in left field, but Brade misjudged the ball and dropped it, allowing Petty and Bode to score and Synatzke to reach third. Menth followed by drawing a walk to again load the bases and the next Thunderbirds hitter followed with a lazy roller that could have been fielded, but made its way through for another single that allowed each of the runners to score after the Spirits threw the ball around the field.

The Spirits offense had no answer following the three errors and watched their 2019 season disappear in the same disappointing fashion in which it started.

“Tough way to lose for us,” commented manager, Shawn Lee after the game. “They seemed to be doing everything right up to that point, but I’m not sure we were the better team anyway. It’s probably better the Thunderbirds advanced. It’s not sour grapes, we just haven’t been good. We haven’t been a solid baseball team. I can’t explain the insane level of fielding errors we put together this season. We had moments of greatness, especially on offense this year, but I’d be embarrassed to have to look back and explain the 5, 6, 7 and 8 run innings our defense gave up this season. We’ve got some work to do in the off season to improve our chances for 2020. The level of talent has increased in the leagues we’re playing in, but as a team, I’m not sure we have. I love our guys, but something was missing this season and I can only hope we can find that camaraderie and high level of competing next season.”

The 5 to 2 loss ends the team’s summer campaign in NTABL Veterans League play, but they’ll have an opportunity to have a short memory as the fall squad takes to the field this coming Wednesday night as they visit the TX Knights. Click here for game details. 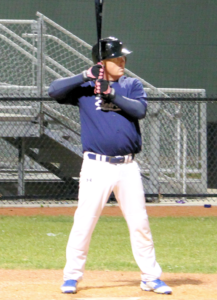 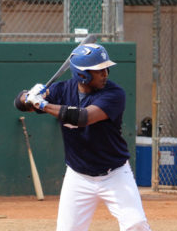 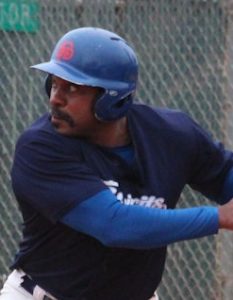