(April 14, 2016 – Dallas, TX) The Dallas Spirits (35+) squad took the field after a week one bye and the excitement appeared to start quickly as the visitors took first swings and wasted no time jumping on Brewers pitcher, Bodie Wilson. The Spirits attacked with 5 hits, a walk, and an error to quickly lead 5 to 0. The Brewers however, didn’t appear to be shaken. A few walks, a hit, and an Spirits fielding error was all it took to get the Brewers back in the game as they added 2 of their own in the bottom half of the first to make it a 5 to 2 margin.

P Jonathan Duran had some control issues leading to a handful of walks, but unfortunately it was the Spirits defense that appeared to be the issue as the team failed to support opportunity. The timeliness of the mishaps, with Brewers runners in scoring position proved costly in the long run.

After putting up a second run in the top half of the second, the Brewers again came back to manage another pair of runs making it a 6 to 4 contest. Former Marlins prospect Craig Molldrem took the mound in the third and the Brewers bats didn’t shy away. “I’ve got be honest, that team can hit,” exclaimed manager Shawn Lee following the game. “You have to give credit where credit is due. They were down big early and they weren’t phased by it. We brought in our big gun and he was solid, but so were they. We were able to get some outs but they managed to put some good wood on the ball a few times. Unfortunately we mishandled more than we were allotted for tonight’s game apparently, and though they played great, I really feel like we handed them one.”

With 10 minutes left on the game clock (men’s leagues are limited to 2 hours, however the game continues with the home team getting its last at-bat when necessary), the Brewers came up in the bottom of the fifth. If the Spirits hold them in that 10 minutes, it’s a win. If they give up some runs and time remains, a new inning is started. However, it appeared the night’s script was written in favor of the Brewers.

Brewers catcher, Fabian Mendive led off the bottom half of the inning with a hard single to right-center. Molldrem struck out Donald Mason for the first out leaving one on and one out. Jack Sanders then popped up to Spirits second baseman, Jason Bottenfield and it appeared either the Spirits would see another inning to hit and build their lead, or perhaps they could close the game out assuming that the 2 hour limit of time was reached. Relief pitcher and eventual winning pitcher, Brent Smerczynski hit a line drive for a single advancing Mendive to second leaving two on with two outs.

Paul Dominguez then took a 3-1 pitch for a single scoring Mark Adams, who had pinch run for Mendive and the game was tied with literally minutes left. At this point, due to league rules, the teams were facing a tie as no extra innings are played. Brewer Jody Nicewonger stepped in and then took a 1-1 pitch, which was mishandled by Spirits catcher, Jason Reyes. The entire play seemed to roll out in slow motion as the ball rolled away from home plate and Smerczynski slid him safely in a play that appeared to be closer than it actually was. That’s when Nicewonger took the opportunity to send a 2-2 pitch to left. Left fielder Brant Finchum picked up the roller with a head of steam and threw a strike home getting Dominguez at the plate for the final out, however the damage was done. As the final seconds of the two hour limit came to a close during the play, the Brewers walked off with a 7 to 6 victory leaving the Spirits stunned. The Spirits finished the game with 11 runners left on base, and with 10 hits and start the season 0-1.

On a lighter note, newcomer Clifford Brade was solid in his first appearance as a Dallas Spirit, debuting with a 2 for 4 performance from the dish and showing some solid fielding and base running skills. Jonathan Duran also had two hits and a pair of RBIs, as did IF/P David Dillon. Newcomer and former Boston Red Sox prospect, Jason Bottenfield also added a pair of singles and an RBI.

“There are a number of things you can take a way from this but honestly, we’re just going to forget about it. No speech, no learning experience. They’re grown men. They understand the circumstances that led up to this loss, and hats off the Brewers for staying poised. Mark did a great job keeping his team focused,” mentioned Lee after the game.

The team bounces back to host a solid competitor, Modoc next Thursday night at Reverchon Park in Uptown, Dallas with a 6:30PM scheduled first pitch. 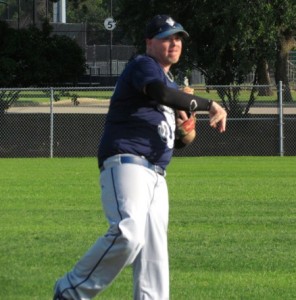 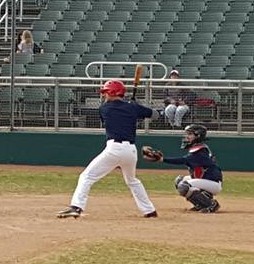