(September 19, 2017 – Plano, TX) The Spirits (Trinity) squad hosted the Dallas Pirates at Graham Field this past Tuesday night and welcomed summer season ace, Duane Aponte to his first NTABL Fall Ball season start. The Pirates looked to their crafty left handed pitcher, Alex Jasso to counter Aponte in what was expected to be an interesting match-up in pitching.

Both teams started the offensive side of things slowly, with just a few scattered hits in the first few innings of play. As it turns out, it was the Pirates who were first to break the ice, getting on the scoreboard in the top of the third inning when Michael Gonzales hit a single back up the middle to reach base with one out. Esiquio Lara followed with another single and the Pirates were in business with two on and one out. Both runners were able to advance to scoring position on a wild pitch from Aponte, and Gonzales later scored on a sacrifice fly by center fielder, River Stone. The Pirates were able to plate a second run during a run-down between the base paths that lasted long enough to score Lara and the buccaneers had an early, 2 to 0 lead.

The score remained 2 to 0 in favor of the Pirates until the bottom of the fourth inning when Aponte reached on a one out single. Justin Anderson followed by working a 4-pitch walk to put men on first and second with one down. Army Sargent, Adam Brown returned to the Spirits lineup and patiently worked the count to 2-2 before lining a hard single into left-center field. The shot was good enough to drive in Aponte and to put the Spirits on the board. With Anderson making his way to third, catcher, Antonio Nichols made good on a ground out to third that allowed the speedy Anderson to score on the throw to produce the tying run.

The Pirates followed in the top half of the fifth by getting one batter to reach base on a dropped third strike, but solid defense behind a crafty version of Aponte kept the Pirates off the board for another frame. In the bottom half of the inning, the Spirits found yet another opportunity for an offensive outburst when newcomer, Mike Anderson started off the inning by drawing a 6-pitch walk. Cliff Brade utilized his speed by following up with an infield single and with two on and one out, team captain and third baseman, John Showalter made his way to the dish looking to break things open. Showalter laced the first pitch he saw to the left field wall and coasted into second with a bases-clearing, 2 RBI double. Jasso was able to get Mike Werner on strikes to record the second out of the inning, but Aponte followed by chopping a ground ball that was flagged down on a great play by Jasso. Showalter, who left second on contact was later tagged out in a rundown to kill the Spirits rally, however the damage was done as the Spirits held a 4 to 2 advantage and never looked back.

The bottom of the sixth once again provided an opportunity for the Spirits to add runs to their ledger. Brown was once again able to reach with a single and would later advance to second on an ground out by Nichols. Additional newcomer, JR Rivera followed with a double, deep to right-center field. The blast drove in Brown and put Rivera in scoring position for Anderson, and Anderson followed through by taking the first pitch he saw into left-center for an RBI single to make the score 6 to 2 and what would eventually turn out to be the game’s final.

“This was exactly what I wanted to see from the guys tonight,” commented Showalter on his team’s second win of the fall season following a summer season title in the NTABL Open American League. “This is a great start for us for fall baseball and I could not be more proud of how the guys played. The Pirates are a good team and that was a tough start, having to battle back from a 2 to 0 deficit. That third time through the order proved to be the moment we appeared ready to get it started offensively. Hats off our new players, Antonio (Nichols), JR (Rivera), and (Mike) Anderson. They played great and provide us with some substantial depth and talent. Adam Brown was also clutch in his first game back with us this fall. In fact, it was clutch play all the way around. We look forward to the challenge of playing our first regular Open National League opponent next Sunday.”

Showalter and company return to the field of play next Tuesday night as they visit the Oak Cliff Pelicans at Reverchon Park in Uptown, Dallas at 8:45PM. Click here to watch the game live, online. 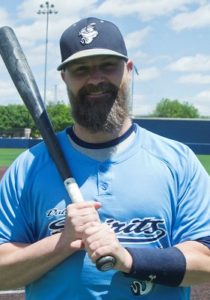 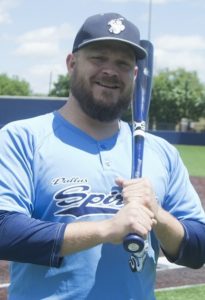