(September 17, 2017) With the dust barely settled following the Spirits (35+) Championship run through Modoc last week, the Dallas Spirits (Brazos) version of NTABL Fall Baseball picked up where’s it’s summer team left off, by picking up a victory over the Knights. The game featured a solid hitting display from both squads as both teams finished with 12 hits. Errors in the field were even as well at 3 a-piece, however the Spirits defense proved to step things up enough behind the pitching of John Holmquist, Brant Finchum, and Kirk Sipila as they held 8 Knights left on base as compared to 6 by the ghosts to come up victorious, 9 to 8.

Catcher, Patrick Bilgere led the team with a great night behind the dish, but also with leadership on both the vocal and by example ends. Bilgere finished the night with a 3 for 4 performance, scoring once and knocking in a pair of runs on three singles. Finchum aided the cause with a 2 for 2 performance at the plate, good enough for a pair of singles, a base on balls, along with an RBI and run scored. Sipila finished the night with a double and a free pass to first, compiled with a pair of runs scored and an RBI, while Shawn Lee singled, scored a run, and was also good for a pair of runs batted in.

The Spirits started scoreless after David Tipton led the game off with a single and Bilgere followed to put two on with nobody out. Sipila grounded into a fielder’s choice that squeezed Bilgere at second, but the Knights capitalized when Tipton aggressively attempted to get home on the double-play attempt, which resulted in a 3-2 putout at the plate. With Sipila orphaned at first with two outs, Knights pitcher, Stacey Scott was able to get Lee to fly out to kill the inning. In the bottom half of the first, the Knights retaliated quickly when Brad Leveridge reached on a Spirits fielding error and then scored on the next pitch after Paul Garcia, Jr. doubled to right field. Holmquist was able to get Josh Kallail and Scott McCain to ground out, but the second putout was good enough to score Garcia, Jr. who had made his way to third on the previous play. Holmquist followed by walking Roger Battani and a pair of singles by Haley Hougen and Jesus Marquez were good enough to score Battani and the Knights had a 3 to 0 lead before Holmquist struck out Michael Kubick to end the inning.

Finchum led off the second with a single but the inning quickly went 1-2-3 after Brian Hackney flew out and Chris Lewis followed with a ground ball that ended in 6-4-3 style. The Knights found another run in the second after Joshua Leveridge reached on another Spirits error and reached second on a passed ball. Scott grounded out to push Leveridge to third and brother, Brad followed through with a sacrifice fly to score him and the Knights led, 4 to 0 before Garcia, Jr. flew out to end the inning.

“Things were getting a little nerve racking in the early going,” commented Lee reflecting on the evening. “The game seemed to be moving a little slow, so the thought of that two hour time limit starts to get in your mind and then you want to flip on the offensive switch, assuming it’s available. Fortunately for us, the guys did just that as we headed into that next inning and after that we battled.”

Lee’s club found some offense in the third when Jack Nash battled a 3-2, 7-pitch singled to left to start off the inning with a base runner. Newcomer, David Delk grounded into a 6-4-3 dobule-play and it appeared the Knights would continue to cruise with a 4 to 0 lead. Holmquist followed with a single and Tipton drew a walk to put two on with two out, and Bilgere followed with another single to load the bases for Sipila. Scott started to struggle with his pitches, or purposely chose to pitch around the patient Spirits slugger, and Sipila drew a free pass on five pitches good for a RBI walk. Lee then followed by taking the first pitch he saw from Scott to left field for a single, which scored Tipton and Bilgere and the Spirits were back in the game down, 4 to 3. The two out rally didn’t stop there however, as Lee advanced to second on the throw home and Sipila made his way to third. Finchum kept the rally alive with yet another two-out single, which scored Sipila and Lee followed him to the dish after Hackney hit an RBI single to left to give the Spirits a 5 to 3 lead.

“Clutch hitting…” continued Lee. “That’s all I can really say about it. The guys didn’t let the deficit get to them and they remained patient at the plate. For a moment, we could have easily imploded after Delk hit into the double-play, but the guys really handled the pressure well. After we plated the first run, the tension continued to slip with each guy making it on base and we were fortunate to get the lead and a ton of confidence in the third.”

The joy of overcoming a four run deficit soon left the sails of the rally ship as the Knights returned fire in the bottom half of the third inning when Kallail led off with a single and quickly advacned to third when McCain doubled over the head of Lee in left field. Holmquist was able to get Battani to ground out, but Hougen played hero with another double to score both Kallail and McCain and the Knights were back up, 6 to 5. Marquez was able to reach on an error, but Holmquist settled in and was able to get Kubick and Josh Leveridge to ground out.

Lee turned to Finchum in the bottom half of fourth inning after the Spirits offense wasn’t able to plate a run and the old school, crafty right-hander started off well by getting Scott to fly out and Brad Leveridge to ground out. “Finch,” as his teammates called him drew some awe of his fellow defenders and a few others at the ball park when he set down Garcia, Jr. with a 12 to 6 curveball that sent Garcia, Jr. back to the dugout on a strikeout looking. The Spirits offense then rallied for a second time as Sipila led off the top half of the fifth. Scott was able to get Lee swinging, but Finchum drew a free pass and the Spirits had two on with one out. Brad Leveridge replaced Scott defensively, but a few bad pitches moved the runners over and Sipila was able to score when Leveridge attempted to pick off Lee, who was courtesy running for Finchum at first. The ball made it’s way down the left field line and Lee took off for second and then rounded and headed to third. The Knights first baseman attempted to recover on the error and rifled the throw past the third baseman and Lee was able to complete the trip around the paths to score on the little-league style throwing errors. Leveridge was able to get Hackney on swings and Lewis to ground out, however the Spirits were on top 7 to 6.

The Knights were able to tie the contest in the bottom half of the inning after Kallail and McCain singled. The Spirits attempted a double-play on Battani and were able to squeeze McCain at second, but Kallail made his way to third on the play. Hougen followed with another grounder and the Spirits infield attempted another 6-4-3 double-play, but Lee’s turn fell just short of Hackney at first and Kallail was able to tie the game on the throw. Finchum was able to get Kubick to ground out and the game was tied, 7 to 7.

After Nash started the sixth with a fly out, the Spirits offense appeared to be good for one more rally as Delk was welcomed to the Spirits organization with his first single with the ball club. Nash was able to courtesy run for Delk and took second base and then later made it to third when Holmquist grounded out. Tipton drew another free pass to first and both runners scored when Bilgere picked up his third single on the night. Leveridge was able to get Sipila to ground out, but the Spirits held a 9 to 7 lead. Lee turned to Sipila to close in the bottom half of the sixth, but the Knights still had some rally left in them to make the game interesting. Josh Leveridge led off the inning with a single and then stole second while Sipila was in the middle of striking out Scott. Brother Brad followed with a double to score Josh and the Knights cut the lead, 9 to 8. Garcia, Jr. was able to reach on a fielder’s choice after Leveridge made a base running mistake that appeared to cost his team. A grounder to Finchum at shortstop turned into cutting down the lead runner as Leveridge took off for third and Finchum easily made the throw to Nash at the corner to tag him out. Kallail followed with what might have been the game-tying single, but Sipila and company were able to get McCain to ground out and the game ended due to the league’s two-hour game limit.

“It’s a great win for us,” Lee rounded up in his post game comments. “We had a slow start but the guys rallied and we’ll need to at times in this league. What’s most important is that we didn’t give up. Everyone seemed poised and had their heads in it despite what the scoreboard was showing. Quisp (Holmquist), Finch (Finchum), and Sip (Sipila) gave us some good innings on the bump and a few guys, especially Patrick (Bilgere) came up big at the plate. It was a bit of a barn-burner to start the Fall season off, but it was exciting. We’re happy to come out on top.”

The Spirits (Brazos) edition returns to action on Wednesday night as they’ll host the Hurricanes at Graham Field. First pitch is slated for 6:30PM. 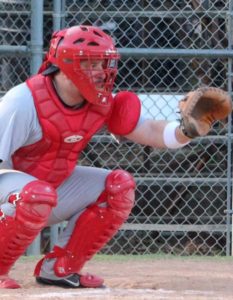 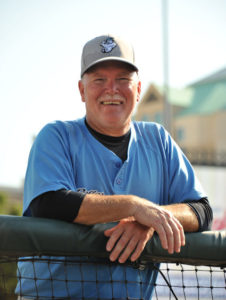