(July 23, 2016 – Dallas, TX) There’s nothing like the feel of avenging a loss earlier in the season and the Spirits (45+) squad basked in that feeling this Saturday afternoon as they used some late game offense to pull away from the Caddo Reds, sprinting to an 11 to 2 victory. The win moves them to a tie for 3rd in the Masters League Division, a half game behind the Dallas Rangers in which the Spirits own the tiebreaker due to beating them earlier this season.

Pitcher and 2016 All-Star Kirk Sipila picked up his second victory allowing 2 runs on 4 hits. Brant Finchum, another 2016 All-Star mopped up the final two innings in the scorching heat, giving up 2 hits, 2 walks, and striking out 2 even though he was still dealing with a calf injury. Outfielder Shawn Lee remained sidelined with a hamstring injury but made a brief appearance at first before tweaking the leg again and exiting the game. Lee joins first baseman Brian Hackney, as well as shortstop Eric McPherson, and pitcher John Holmquist as returning All-Stars as well.

Catcher Patrick Bilgere led the pole position in offense once again, this time adding 3 hits in a 3 for 4 performance from the dish, including 3 runs scored. Finchum drew 4 walks, and Randy Brittain added a hit alongside a game high 3 runs batted in. Sipila walked twice, doubled, batted a run in, and scored 2 runs as well. Hackney added 2 hits, an RBI, and run scored, while Jack Nash, Dennis Gonzalez, and McPherson also added singles.

The team doesn’t see much time off after sending a handful of players to two All-Star Games on Sunday and then quickly returning to action Monday night for an important game against the Dallas Rangers for sole possession of second place. First pitch is at 8:45PM at Graham Field, located at Prestonwood Christian Academy in Carrollton. 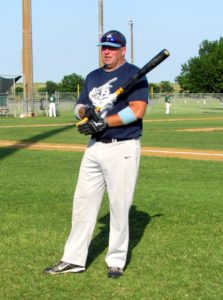 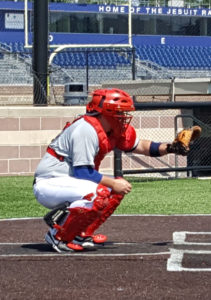