(August 6, 2016 – Carrollton, TX) Just two days after the Spirits (35+) offense exploded for 22 hits and 23 runs, the squad returned to action and it appeared feast would continue to win over famine. However, after putting up 5 runs quickly in the first two innings of play the team appeared to stall somewhat in the stale Dallas area heat that was best referred to as, “Africa hot.” The Spirits rallied later in the game and battled with 9 hits to secure a 7 to 4 victory over the Dallas Orioles.

Pitcher Craig Molldrem picked up his eighth victory of the season, recording 6 strikeouts in 4 innings, walking one, and giving up 2 earned runs on 4 hits. “The guys did well considering the conditions we faced this morning,” commented Shawn Lee following the game. “The heat here is brutal in August, and it really didn’t help that there was literally no air. No breeze to cool or even give the guys a taste of feeling refreshed.” That heat seemed to get to Molldrem, who typically goes the distance for the Spirits. Although effective the entire game, it appeared the Dallas heat was taking its toll. “Craig did a great job despite the fact it was evident the heat was getting to all the guys. We had a good enough lead where we should be able to rely on our other arms and we’ve got plenty of confidence in Duran as well as the other guys,” continued Lee. Pitcher Jonathan Duran was able to come in and complete some mop-up work with a 7 to 3 lead and gave up one earned run on two hits before extinguishing the late Orioles rally attempt. The Spirits finished with 3 errors defensively, costing one of the 4 runs against them, and on the offensive side they left 8 runners on base.

“Cliff Brade was great for us today. Everything you ask in a lead off hitter,” continued Lee. “Glad to have a guy like that at the top of our order. He’s capable of hitting the ball hard too, which means the outfielders have to stay honest. And fortunately for us, his speed really helps us get a few runs each game.” Brade finished with a 3 for 4 performance from the plate, including an RBI, 2 runs scored, and a pair of stolen bases. Jonathan Duran also rebounded and contributed heavily, despite losing his hitting streak against the Cubs in the previous game. Duran was 1 for 3 with a walk, 2 RBI, 3 runs scored, and 2 stolen bases. Extra hitter Chris Lewis remains sidelined with a shoulder injury, however his swing is still in place as he added a pair of hits and RBI, plus a hit-by-pitch trip to first. Shortstop Brant Finchum added a double alongside a pair of runs batted in and first baseman David Dillon also added a single and a run scored, as did Molldrem.

“This was a big game for us,” continued Lee. “Despite the heat, the guys dug in and gutted one out. Sure, we’d love to see the offense from the previous game each week, but sometimes that’s not going to happen. We were pretty solid defensively and when we did put runners in position to score, the guys came through. I’m sure like myself, most of them are looking forward to playing in games that aren’t in 3-digit temperatures.”

The Spirits remain in first place in the NTABL Veterans League Standings with a 12-2 record and return to action again next Thursday night as they visit the Braves at Reverchon Park in Uptown, Dallas. First pitch is scheduled for 6:30PM. 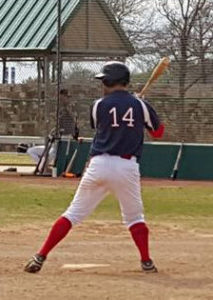 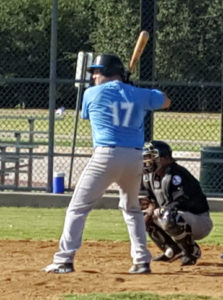