(April 25, 2016 – Dallas, TX) A jovial Kirk Sipila was clearly pleased with his team’s performance Monday night and he had every right to be, as the Spirits (45+) Masters Division squad took it to the Texas Blue Jays with an 8 to 2 victory at Reverchon Park in Uptown, Dallas.

“Solid pitching with sound defense will always give you a chance to win,” noted Sipila. “Tonight we had both. Mix that with smart base running, timely hitting, and productive outs and you have yourself a recipe for the outcome we had.”

The game didn’t start off immediately the way Sipila or his team likely wanted. The Blue Jays jumped out to a quick 2 to 0 first inning lead following a lead off double by Ronald Piacenti and a single by Jeff Wood. Rob Sepanek grounded out to short, allowing the first run to score on the throw. Wood advanced to second due to the slow rolling grounder, and then later scored on a bases loaded single by Richard Highduke. The Spirits were able to stop the bleeding following a ground out by the next Jays hitter.

The Spirits wasted no time however with some return hitting of their own. CF David Tipton drew a lead off walk and quickly stole second. 3B Kirk Sipila then reached on an error leaving two on and nobody out. Tipton then stole third and Sipila took second on the following pitch. SS Eric McPherson then flew out to center field, scoring Tipton on the sac fly. 1B Chris Lewis then singled sending Sipila to third and LF Shawn Lee pushed one past the Blue Jays pitcher to score Sipila, tying the game at 2 to 2. 2B Brant Finchum reached on a fielder’s choice squeezing out Lewis at third. Lee then scored with some aggressive base running after C Patrick Bilgere beat out an infield single up the middle.

Spirits pitcher, Randy Brittain then gained control of his knuckler and quieted Blue Jays bats through 5 innings. The Spirits went on to complete the night of work with 10 hits, all singles, scoring 8 earned runs. McPherson led the attack with a 2 for 3 performance, including a run scored and 3 RBI. Lee was 2 for 2 with a base on balls, 2 runs scored and an RBI as well. Chris Lewis earned a pair of singles as well with an RBI, as did Brittain who also scored a pair of runs.

“I’m very  proud of the team’s response following an absolute mess (last week) with a solid effort tonight,” mentioned Sipila following the contest. “It shows we’re capable of having a short memory and getting back to business.”

The Spirits return to action next Monday night, May 2 as they visit the Hurricanes in Carrollton, TX at McInnish Park (Field #11). First pitch,  6:45PM. 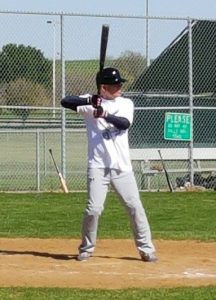 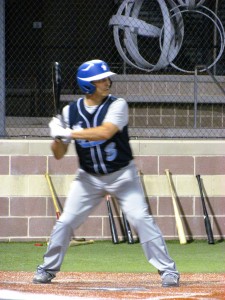