(April 5, 2018 – Dallas, TX) The Dallas Spirits (35+) squad returned to action to kick off its 2018 campaign and title defense as they visited the Royals Baseball Club at the once friendly confines of Reverchon Park in Uptown, Dallas Thursday night. The field displayed some pluses and minuses as did the returning version of the Spirits, who fielded just about the entire version of their (45+) team for the squad’s season opener.

And speaking of pluses and minuses, it appeared the Royals had been busy during the off season as well, rebuilding with some solid and athletic players who before the dust settled, made it clear they’d be in the discussion during the 2018 NTABL Veterans (35+) campaign. The Royals displayed some solid defense and once again proved they’re a team that can hit. Pitcher, Ron Glenn and company retired the first two Spirits hitters in the form of a ground out by Cliff Brade and a fly ball from David Tipon. Kirk Sipila patiently drew a base on balls and John Mahalik followed with an opposite field single after hitting a foul ball to orbit, and the Spirits were in business with runners at the corners and two out. Glenn was able to get Shawn Lee to ground to third however, and the noise was cancelled for the Spirits early start.

Spirits pitcher, Brant Finchum nearly took the Royals in order, despite a single by Marc Fagan in the bottom half of the first and after one complete, the game was tied at zero. The Spirits then opened up the scoring by drawing first blood in the top half of the second after Patrick Bilgere grounded out on an incredible diving play by the Royals third baseman, who clearly took away extra bases for the Spirits catcher. Chris Lewis reached on an error and Finchum went down swinging. Again poised with two outs, the Spirits offense battled and Eric McPherson drew a 9-pitch walk to push Lewis to second. John Showalter followed with as solid line drive and RBI single to left-center to score Lewis and the Spirits led 1 to 0. Jonathan Duran also reached base on a Royals fielding error that was good enough to score McPherson and after one and half complete, the Spirits led 2 to 0. The Royals struck back in the bottom half of the frame after Daniel Washington doubled to the wall in left and Ron Glenn scored him after reaching on a fielding error.

Tipton led off the Spirits third by drawing a base on balls and later reached third after a pick off attempt made it’s way down the right field line. Tipton easily scored on an RBI single by Sipila and the Spirits were up 3 to 1. Mahalik flew out and Lee crushed a single to left-center field and the Spirits had two on with one out. Bilgere followed by flying out, however Lewis singled to score Sipila and Finchum followed with a double over the center fielder’s head to score both Lee and Lewis. Glenn rallied to get McPherson on a fly out, but the 4-run inning gave the Spirits a 6 to 1 lead.

The Royals battled back however, as Robert Trevino, Jr. started with a one-out single and later advanced on a wild pitch from Finchum. He then scored after John Crossley reached on another Spirits fielding error. The Royals capitalized on the blunder when Craig Stransberry crushed a triple to the right-center field wall to score Crossley. Eric Robison flew out, but Scott Jeffries also singled to score Stansberry and the gap was narrowed to 6 to 4 before Finchum was able to get Michael Dossey to ground out.

The Spirits countered the rally with a few uppercuts to the Royals the next inning after Washington replaced Glenn on the mound. Showalter started the fourth for the ghosts by singling on a 2-1 pitch and later stole second. Showalter then advanced to third after Duran grounded out and a dropped third strike allowed Brade to reach safely and Showalter to score on the passed ball. Brade promptly stole second and an RBI double by Tipton gave the Spirits an 8 to 4 lead in which they would hang onto.

Showalter replaced Finchum in the final two frames and despite a pair of walks in the fifth, he was able to set Glenn down on strikes to kill the bases loaded rally attempt. Lee drew a free pass in the top half of the fifth, but the Royals set the remaining Spirits in order before Showalter returned the favor in the bottom portion of the inning, including a strikeout of Cristofer Pritchett. The game ended due to NTABL time limit rules and the Spirits walked away with an 8 to 4 victory.

“I thought it was a solid start for us,” commented manager, Shawn Lee after his team’s victory. “The Royals look solid this year. Don’t be surprised to hear them in the conversation this season. As for us? Well, let’s certainly hope we’re in the conversation too. We’re excited about the opportunity to defend our championship and we’re going to rely on each and every guy on this team to be involved. I thought Finch did a great job, although we always seem be dying to make an error when he’s up there. I think we gave up one run that way tonight. And (John) Showalter was solid as well. We believe we found something during the Vegas tournament and I believe he can contribute from the hill this season. I’ll be looking to him and Duran for some extra innings this season. And Finch was great from the plate tonight, as was Show and Tipton. Lewis and Sipila were also keys to victory with their offensive contributions tonight, so we’ll be certain to get them each a beer afterward!”

The Spirits (35+) return to action next Thursday night as they host a newcomer to the league in the form of the Dodgers. The Dodgers lost in the opening nightcap to the Thunderbirds, by a margin of 10 to 5. First pitch is slated for 6:30PM at Reverchon Park in Uptown, Dallas. 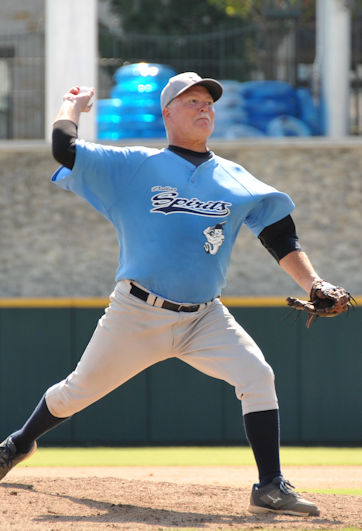 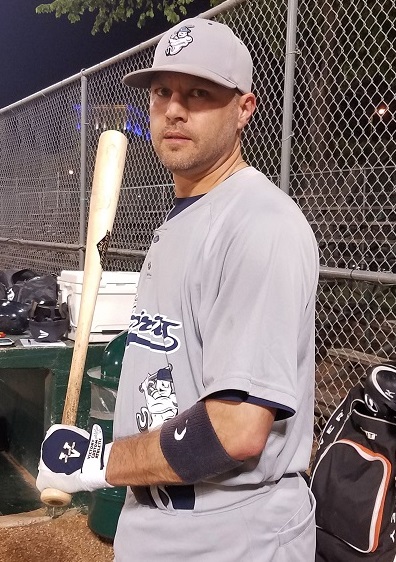