(January 5, 2018 – Dallas, TX) The Spirits (35+) squad will be breaking into “Spring Training” in style for 2018 as the team is headed to Las Vegas for the MSBL Las Vegas Kickoff Classic, March 3-5. The team will send a variety of its starters from its NTABL Veterans League squad that captured the regular season and league championship during the 2017 campaign. 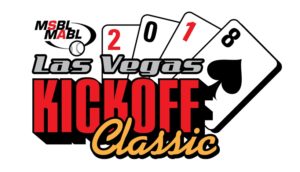 In addition to sending their regular players, the team will also be including Spirits (18+) starters and 2017 All-Stars, Eric Goetz and Duane Aponte. Goetz led his squad offensively, batting .538 while taking home the team’s batting title award. Aponte, the team’s 2017 MVP was also a decorated award-winner, capturing the NTABL Open American League award for best pitcher, finishing 11-1 with a 2.76 ERA, while striking out a team-leading 39 opponents.

For the Veterans League squad, 3-time MVP and All-Star, Kirk Sipila will bring his .532 batting average to supplement the team’s offense, alongside slugger and All-Star, Travis Hitzeman. The squad will also benefit from team manager/player and All-Star, Shawn Lee, plus two of the team’s hottest hitters who closed the 2017 campaign on fire in the form of both, David Tipton and Patrick Bilgere. Chris Lewis and All-Star, John Showalter will also be relied upon for solid hitting and defense along with Guy Koenig, who recently lit up Florida with solid hitting during tournament play in Tampa Bay back in November. The Spirits will also welcome back former All-Star, Eric McPherson during the trip. McPherson was sidelined during 2017 with a rotator-cuff injury that limited his play to only a few games on the Spirits (45+) squad.

Final roster spots are currently being ironed out and more information and stories will be posted later as details unfold. The Dallas Spirits look forward to your continued support as they excitedly prepare to 2018. For any interest in team sponsorship please contact Club Manager, Shawn Lee.