Spirits (35+) and Molldrem Light Up Cubs

(April 6, 2017 – Dallas, TX) It’s not too often you see offense in numbers produced by the Dallas Spirits (35+) squad this past Thursday night as the team raised its record to 2-0. The Spirits used a 20-hit attack to essentially dismantle the Cubs 21 to 0 in the Cubs 2017 season opener at Reverchon Park in Uptown, Dallas. Combine that with solid pitching from Craig Molldrem, and you have a recipe for disaster if you’re not in mid-season form.

“Not sure what to say about tonight,” noted team skipper Shawn Lee following the game. “The Cubs are a good baseball team. Honestly, I think everything was literally one-sided this evening. I won’t come up with an excuse for them, but we’ve played them enough times to know that their lineup is solid. Those guys can hit at any time. Tonight just wasn’t their night and it seemed we could do nothing wrong. I know for a fact the next time we play them it won’t end up like this.”

Lee, along with second baseman Jason Bottenfield each contributed 3 hits and 3 RBI, with Bottenfield also contributing a double as one of his three hits fell just short of leaving the park in the second inning. Kirk Sipila added a pair of hits including a double as well, while also adding 3 runs during the offensive onslaught. Newcomer, Travis Hitzeman added a pair of hits, a walk, and a hit by pitch in his debut with the Spirits, contributing 4 RBI and a run scored. John Showalter and outfielder, David Tipton each added a pair of hits alongside runs batted in to contribute as well. Molldrem added a double and a pair of RBIs and runs scored, while catcher, Brant Finchum rounded out the offense with a pair of singles including a pair of runs scored and 3 RBI.

“Molldrem looked great again for us tonight,” continued Lee. “Felt like his zone got a bit small as the game progressed, but he’s up for any challenge. We’re thankful for his skills and he certainly makes us look good, but he’s doing it from the offensive side too. That’s what makes him invaluable. Having Sip (Sipila) and Patrick (Bilgere) back, and then looking at some of the new talent we’ve acquired, we’re excited about the direction we can take this team.”

Molldrem went the distance for the Spirits, only walking one Cubs hitter while completing the shutout with 13 strikeouts and only giving up 2 hits. The team returns to action next week as they’ll take on an improved Brewers team starting at 7:30PM at Carpenter Park (Field #8) in Plano, TX. 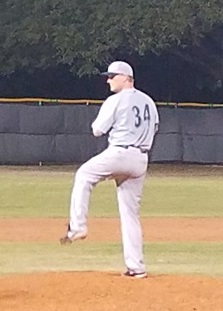 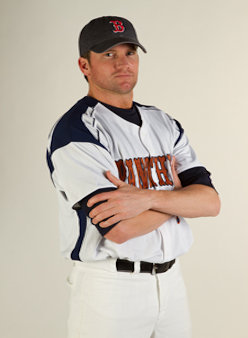