(July 23, 2017 – Plano, TX) The Dallas Spirits (18+) entered Sunday’s game against the Dallas Pirates leading NTABL Open American League play by a half game over the Orioles, needing to win its final regular season game to secure first place and to lock up the home field advantage as the number one seed throughout the playoffs. The Pirates, on the other hand have struggled during the 2017 season and were looking to end their regular season on a high note as they prepare for the upcoming the President’s Cup tournament.

The Spirits started the game against the Pirates with the same formula that had worked the last time the two teams met. Starting pitcher, and Spirits (35+) ace pitcher, Craig Molldrem took the mound as an Open squad member looking to keep his scoreless innings streak intact. Molldrem found immediate success by setting down the Pirates with little resistance in 3 innings of work. Molldrem allowed just one hit while striking out 5 of the 10 hitters he faced, resulting in 8 innings of scoreless pitching during his three brief stints in Open League play.

The Pirates choose their ace, Raymond Limon to quiet Spirits bats and despite some success in the first inning, the ghouls put up their first run on the board in the bottom portion of the second. Thomas Stoltz started the offense with a single to left side of the infield. John Showalter reached on a fielder’s choice, squeezing Stoltz at second, and followed suit by getting squeezed when Teddy Croft followed by reaching safely on another fielder’s choice leaving one on with two out. Both Carl Suverkrop and JP Seider drew free passes to load the bases, and in a very patient 6-pitch at-bat, Justin Anderson also walked to drive in the first run of the ball game. The bases-loaded threat was ended when Limon was able to get all-star pitcher, Duane Aponte to strikeout, but following their 1 to 0 lead, the Spirits never looked back.

Aponte (9-1) took over pitching duties in the top half of the fourth looking to keep the Pirates off the board to secure his tenth victory of the regular season. Aponte was able to show both his poise and ability to craft pitches that have carried him throughout the season and delivered by pitching 4 scoreless innings. The only time the Pirates would come close to getting any kind of offense started against Aponte occurred in the top half of the fifth when Limon, a former minor league player, took a 1-1 pitch from Aponte deep to the left-center field gap. Spirits center fielder, Nate Martinez made a terrific break toward the ball and as the hard line drive fell toward the outfield gap, Martinez went full “Superman” with his back to the plate to complete the diving stab through the air, before rolling over and firing the ball back in for the first out. The ESPN Top 10-like play gathered a number of applause from fans in attendance alongside both squads tipping their caps on what was surely the play of the year.

Martinez commented on on his highlight following the game. “Before the play started, I was going through different angles in my head and after the ball was hit, I knew where I needed to get to. It was a 1 to 0 game at that point and I wasn’t going to let the ball get into the gap to turn into a triple and a potential tying run on. I simply had to ‘Superman’ it!” The circus catch proved to be huge, both strategically and in terms of momentum as the Spirits defense kept the Pirates off the scoreboard by getting the next pair of hitters to ground out.

The Spirits offense then chose the bottom of the sixth inning to finally begin to break things open starting with slugger, Collin Stacha. Stacha reached base for the second time in the game by drawing a walk, bringing up cleanup hitter, Mike Werner. Werner also drew a free pass and the ghosts were in business with 2 on and nobody out. Stoltz returned to the plate and on what could only be considered a laser shot, he proceeded to line a 3-1 fastball through the outreached glove of the Pirates shortstop for one of the hardest-hit singles of the season. The base knock was hit so hard that it held up all Spirits runners bringing up Showalter with bases juiced and nobody out. After working the count to 2-1, Showalter slapped a ground ball up the middle that appeared would be fielded, however the ball bounced off second base straight into the sky, allowing 2 runs to score and still two runners aboard with nobody out. Croft followed Showalter’s pair of RBIs by keeping the hit-parade going with a base hit up the middle, scoring Stoltz and advancing Showalter to second. Limon focused for the Pirates and was able to get Suverkrop to strikeout and Seider to ground to shortstop leaving runners at first and second with 2 out. Left fielder, Justin Anderson followed by working the count in his favor and then drove a 3-1 pitch to right-center for for another RBI single. Limon was able to get Aponte to fly out, however after six complete the Spirits held a 5 to 0 advantage.

Despite a pair of singles by the Pirates in the top half of the seventh, Aponte and company set down the Pirates scoreless and moved onto the bottom of the seventh and right where they had left off offensively. The squad rallied for another pair of runs and led 7 to 0 after the stretch.

Showalter turned to starter and relief ace, Kyle Redinger to close up shop in the top half of the eighth. Having missed most of the season recovering from early season foot surgery, Redinger used the opportunity as a tuneup for the upcoming postseason. Redinger set down the Pirates in order with 2 strikeouts and a ground out. As the teams moved to the ninth and final inning with the game all but decided, the Pirates found opportunity to plate a pair runs in garbage time that proved too little, too late. Redinger’s shutdown work wasn’t only spot-on, but he also drew some accolades from Pirates team skipper, Michael Gonzales. Gonzales made a comment during post game chatter paying some respect to the Spirits right-hander indicating,“that pitcher was the best I have seen all year. The pitch he threw to strike me out literally blazed past me!”

With the victory, the Spirits finish the regular season in first place with a record of 17-3. Their next challenge takes place beginning Tuesday, August 1 at 7:00PM as the club will host the fourth-seeded Tube Sox at Graham Field in game one of the best-of-three series for the Open American League Championship Semifinal. 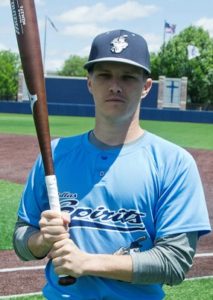 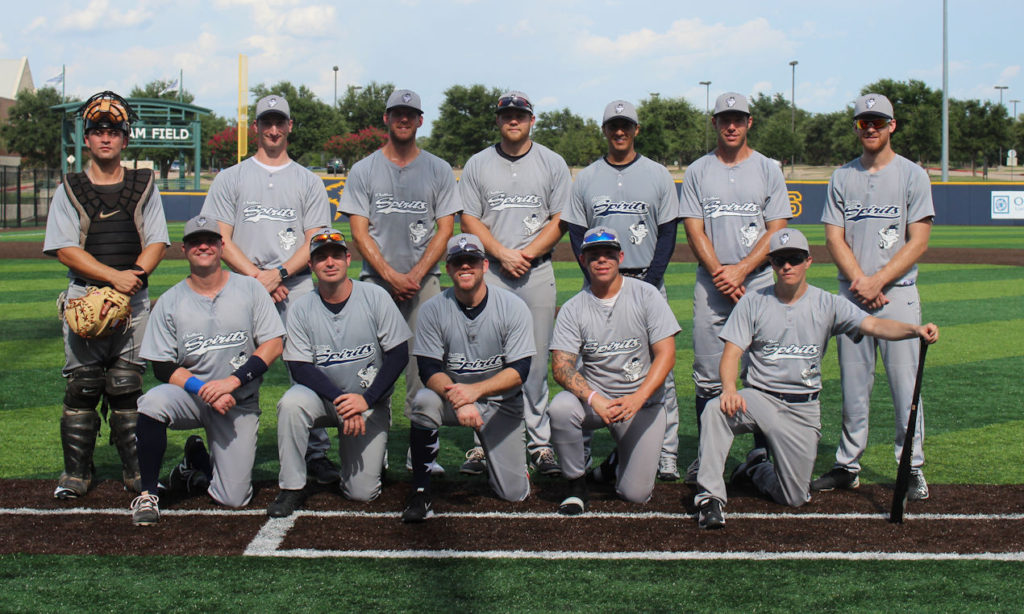