Molldrem Strikes Out 11 in No-Hitter Vs. Braves

(August 12, 2016 – Dallas, TX) The stars seemed to align Thursday night complimenting Spirits baseball with both offense and defense that was near perfect. Perhaps it had something to do with the Perseid meteor shower or better yet, the Baseball Gods shining down on historic Reverchon Park. The baseball park was established in 1920, and carries with it historic names such as Ruth and Mantle. Clearly the NTABL is no comparison to greats such as that, but Thursday night provided a little history for the Dallas Spirits (35+) and their pitcher, Craig Molldrem. Molldrem went the distance to strike out 11 in six innings of play due to time constraints, but more importantly tossed the ball club’s first ever no-hitter. Throw away the one base on balls delivered by Molldrem and you’re discussing a perfect game.

“Craig was outstanding tonight to say the least,” commented manager Shawn Lee following the game. “I think I’ve seen one in Little League as a kid, and of course from highlights on TV, but this was pretty special. Craig has some pedigree and we all realize it’s amateur baseball, but he was near perfect tonight and in this game that’s a big deal. The team can’t be more proud of him. He carries himself humbly and plays with sportsmanship against every team he faces. He’s a great asset for the Spirits ball club, and more importantly a good friend and teammate.”

Defense wasn’t the only thing firing on all cylinders for the Spirits Thursday night. The offense once again showed up in full force, putting together 22 hits including 2 doubles, and 15 runs batted in. The Spirits cruised to a 17 to 0 victory over the Braves, keeping a two game lead over the Dallas Cardinals and Modoc. Every player on the roster hit safely at least once, including Lee who returned to action for the first time in two weeks after fighting a hamstring injury.

Leading the way for the Spirits was outfielder Cliff Brade. Cliff had a historic night as well, hitting safely in all 5 at-bats, including 5 singles, 2 RBI, and 4 runs scored. Extra hitter Chris Lewis was 3 for 4 with an RBI and run scored, and Jason Bottenfield, Eric McPherson, David Tipton, Molldrem, and Lee each added 2 hits each with Molldrem and shortstop Tim Olson each adding a double. Olson finished with a game-high 5 RBI.

“We’ll celebrate this one as a team. Craig would be the first to tell you, let’s put it behind us and focus on the next one,” continued Lee. ” We’ve got some big games left before playoffs begin and the goal is to remain focused and to click on all cylinders. We’re looking forward to the challenge.” The Spirits host Modoc next Thursday night at Reverchon Park in Uptown, Dallas. First pitch is at 6:30PM. They then play visitor for a pair of games the following Thursday night at Reverchon Park versus the Dallas Cardinals. These next 3 games will most certainly determine the regular season title winner for the NTABL Veterans League. 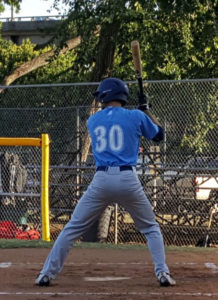