(July 1, 2020 – Euless, TX) If you were sitting outside the diamond at Texas Star near Legends Field Wednesday night, you may have been caught in a storm of falling baseballs. Travis Hitzeman provided the lightning and the rain came in the form of baseballs leaving the park as Hitzeman dropped a pair of 3-run homers on the Fighting Chihuahuas as the Spirits (40+) squad cruised to a 12 to 1 victory in a shortened game due to the DFW ABA league’s mercy rule.

Hitzeman’s night was so good offensively, it actually shadowed another performance that was over the top as well. Kirk Sipila provided the thunder for the Spirits offense in the form of 3 hits, a pair of runs scored and 4 RBIs, a performance typical of owning the spotlight in a game story. The two hitters accounted for 11 of the Spirits 12 runs, with the middle of the lineup accounting for 8 of the team’s 11 hits after adding the pair of hits from Shawn Lee that outlined the squad’s two, three and four hitters combined.

The Spirits were off to a hot start in the first inning against hard-throwing Brett Holzer, the Chihuahua’s starting pitcher. Eric McPherson led the game off with a single and Lee drew a walk to put two runners on. Sipila followed with an RBI single to score McPherson and Lee advanced to third. Hitzeman then singled to score Lee and the Spirits were up 2 to 0 before the next three Spirits hitters went in order.

The dogs appeared they’d make a game of it in the bottom half of the inning after Charles Carr reached on a one-out single off of Spirits starter, John Holmquist. Carr was able to advance to second on a miscue by McPherson in left field and he later scored after Holzer hit an RBI single. Manual Rodriguez III followed up with a double to deep left-center field, but center fielder David Tipton was in hot pursuit of the ball. Tipton came up throwing and the relay through Sipila to John Hefner at the plate was in plenty of time to tag out Holzer for the second out of the inning. Holmquist was then able to get Michael Scott to fly out to kill the rally opportunity. 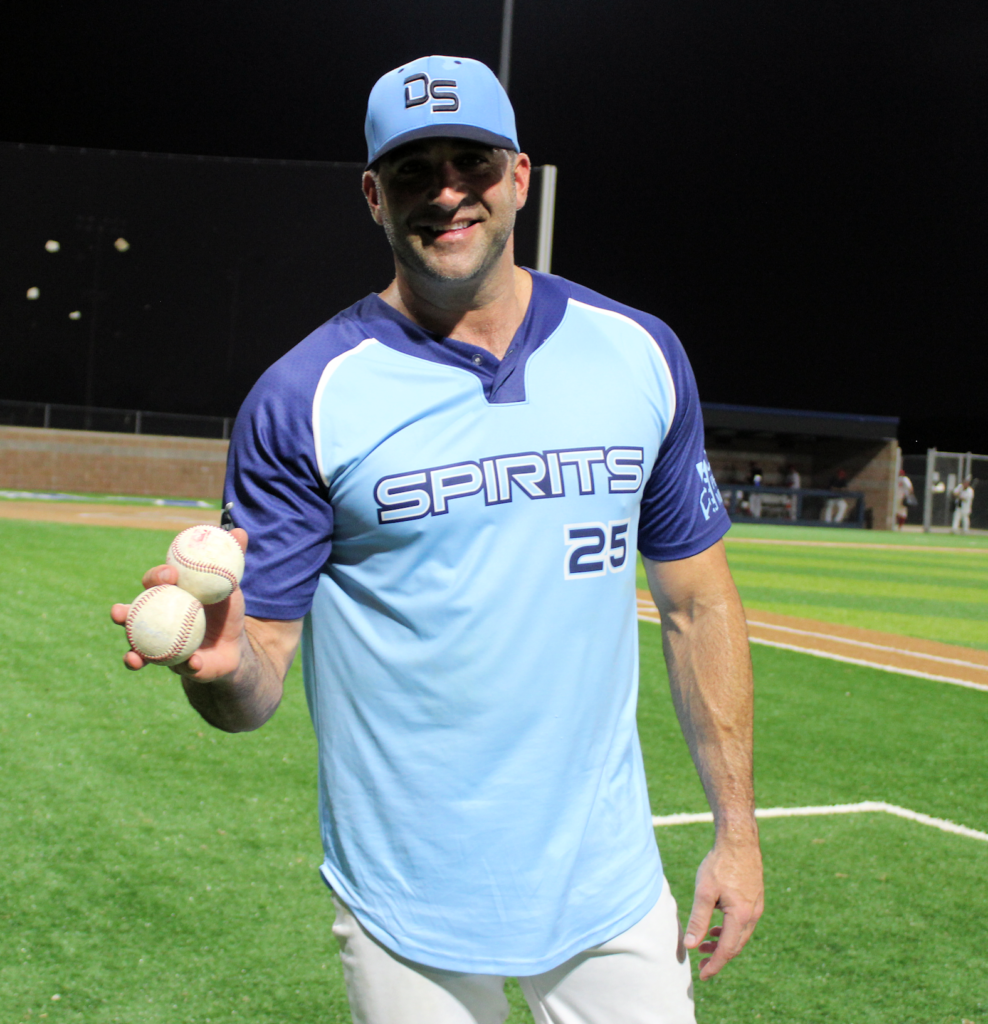 Travis Hitzeman showcases the two baseballs recovered after he hit two, 3-run home runs and accounted for 7 RBIs in the Spirits win over the Fighting Chihuahuas Wednesday night on Legends Field.

In the top half of the second, Hefner led things off with a single and then swiped second base before Holmquist went down swinging for out number one. Hefner later advanced to third during an at-bat from McPherson that resulted in a base-on-balls. McPherson stole second to put both runners in scoring position, but Lee wasn’t able to capitalize as he also fell victim to a swinging strikeout. Sipila promptly followed with an RBI single to score Hefner leaving two on for Hitzeman. Hitzeman then took the next pitch he saw and put one into orbit over the left-center field fence. The no-doubter had an exit velocity that rattled the sound barrier and the crack of the bat left with the sound of a cannon firing. The blast was hard enough to keep both the Chihuahuas outfielders frozen in place, leaving permanent shadows tattooed onto the Legend’s Field turf behind where the players stood. The home run gave the Spirits a 6 to 1 lead and provided NASA with some curiosity pointing to the skies of North Texas.

Holmquist retired the dogs with little effort in the second inning and the Spirits were hungry for more in the bottom half of the inning by exploding for another 6 runs, all with two outs. After Dan Sosa and Tipton were both retired on ground balls, Hefner drew a walk and went on to steal second. Holmquist was able to reach on a fielding error that allowed Hefner to come around and score and it was 7 to 1, Spirits. McPherson also reached on an error and Lee followed with a single to load the bases. Sipila didn’t waste the opportunity as he also singled home both Holmquist and McPherson and once again set the stage for Hitzeman with runners aboard. Travis watched a pair of pitches cross as balls in an attempt to pitch around him, but Holzer decided to challenge the big man and it cost him as Hitzeman hit nearly the exact same bomb with the same level of explosiveness as his first home run and the ball carried off into the night’s darkness as he had his second 3-run shot in two innings.

Holmquist again kept the Chihuahua bats silent behind some solid defense from the Spirits and after the ghosts went in order in the fourth, the Spirits turned to Sosa to close up shop defensively. Scott drew a one-out walk and a single by J Rankin put two runners on for the Chihuahaus. Isreal Kerim hit a line drive that the Spirits were able to snare in the infield and they were able to double-up Rankin at first to end the inning.

The Spirits were quiet in the top half of the fifth, despite Lee getting a single with two outs and Sosa and company were able to quietly set down the Chihuahuas in the bottom half of the inning to closeout the victory due to the league’s mercy rule.

“A few of the bats were hot tonight,” commented team skipper, Kirk Sipila after the game. “Travis picked up a new Baum bat and we’re guessing he really likes it. Man, he had a great swing tonight and honestly, a great game defensively as well. I was seeing the ball well tonight too and was fortunate enough to help us out as well. Solid effort on the mound tonight from both Holmquist and Sosa. Dan (Sosa) was a great pick up for us this season. If we can keep up this kind of momentum, that’s a great recipe to compete this year.”

The victory puts the Spirits early season record at 2-1 as the team heads into the holiday weekend. Next up, they’ll face the league-leading Redbirds who stand at 4-0 atop the standings. Game time is 6:30PM on Legends Field at Texas Star Park. Click here for schedule details and for info on how to download the iScore Central app to listen to the game live online. 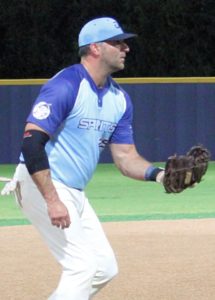 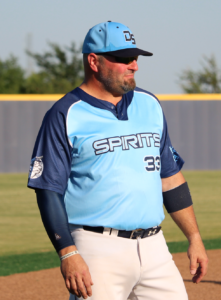