(June 30, 2016 – Dallas, TX) A defensive collapse by the Dallas Spirits  (35+) squad cost them dearly this past Thursday night at Jesuit College Preparatory as the team handed the Dallas Orioles a 2 to 1 victory.

“Craig Molldrem pitched a heck of a game again and we let him down,” mentioned Spirits team manager Shawn Lee following the game. “He doesn’t deserve an ‘L’ for this, our defense and base running does. This is a game we need to be fired up over, not show up complacent. No idea what was in our heads. We’ll get over it, but we shouldn’t forget it. We need to play well against good teams like the Orioles. They’re not going to make many mistakes and they’re certainly going to take advantage of their opponents. Tonight was a perfect example.”

Lee had plenty to be upset about. The team jumped out to a 1 to 0 lead in the first inning after Lee singled up the middle off of DJ Carrasco and then scored from first in a double  to the wall by Jason Bottenfield. Unfortunately, that was the last of the team’s offense. The Spirits stranded 7 runners on base and shot themselves in the foot 3 times while playing offense.

“The errors that don’t show in the book are the ones that really cost us,” mentioned Lee as he referred to the three different base running blunders that cost the team runners and ending the inning in two of those three scenarios. One blunder was simply tough luck. Cliff Brade who had just singled hard to center took off for second with a great jump late in the game. Lee took the first pitch and popped up in the infield resulting in Brade getting caught in the middle and then doubled up.

The Spirits infield had a rough night. Six errors led to 2 unearned runs and that’s all it took for a loss. Molldrem held the Orioles to just 3 hits and struck out 7, but his team wasn’t on the same page.

Lee rounded up the post game discussion by mentioning, “We wrote the book on how to lose a pitcher’s dual tonight. Hopefully we re-focus next week. I’m not really sure what else to say.  You can’t play like that and expect to win.”

The Spirits  (35+) return to action next Thursday night in an important game versus the Dallas Cardinals at Five Star Complex in The Colony. First pitch is 6:30PM. 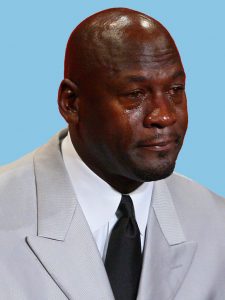