Braves No Match for Spirits (18+) Offense

(April 18, 2017 – Plano, TX) Tuesday night found the Dallas Spirits (18+) squad crossing their fingers in hopes that the diamonds of Carpenter Park would be dried out enough from the heavy rains that controlled the metroplex most of Monday. Upon arrival, the teams we overjoyed to find the fields in perfect condition for baseball and those two famous words were yelled at 7:30PM sharp; “Play ball!”

It would seem that weather hasn’t been a fan of Braves baseball this season, or perhaps the reciprocal as the team has only been provided opportunity to play in two games thus far during the young season. Braves Manager, Chad McCune is typically familiar with the Spirits Ball Club and he did his best to prepare his team for the impending conflict as a number of his players  anticipated fire-baller, Craig Molldrem to start for the Open squad. To their surprise, the Spirits sent out crafty veteran, Duane Aponte who started the night with a 2-0 record. The contrast between the two Spirits hurlers is dramatic based on different styles of pitching, but both are effective as the Braves would soon find out.

The game started slowly as both teams made relatively little noise during the first inning of play. Spirits lead-off man and first baseman, Eric Goetz broke the ice with the first of his three singles on the night. What seemed a fast start ended quickly when Braves catcher, Reed “Dill” Pickle picked off Goetz trying to swipe second base. Two fly outs book-ended a single by left fielder, Thomas Stoltz and ended the Spirits threat in the first.

Braves lead-off hitter, Mike Rodgers drew a walk to start the bottom half of the inning as it seemed Aponte was having some trouble locating his pitches in the early going. The next batter, Chris MacHatton battled to a 6-pitch strikeout looking and the Braves had one on with one out. Rodgers then stole second and that brought up McCune with a runner in scoring position. McCune worked the count to 3-1 before grounding to Spirits shortstop, Nate Martinez who completed the force out at first which then sent Rodgers to third on the throw. Cleanup hitter, Ross Nussle then made solid contact on a 1-1 pitch from Aponte, but the hard liner that was bound for the left-center gap was snagged by Martinez to end the threat. As it would turn out, that would be the final opportunity for a Braves base runner to get past second base until late in the sixth inning as Aponte and the Spirits held the Braves to just 2 hits for the evening.

An unnamed Braves player was quoted saying, “We saw Duane warming up and we were all eager to take him deep.  The only problem is, that no matter what we tried, we just couldn’t hit the guy.”

The Spirits on the other hand, had great offensive output on the night.  Goetz led the team with another solid offensive performance by going 3 of 4 on the night. As for the rest of the squad, it was time for some new faces to get involved with the offensive attack.  In addition to pitching a gem, Duane Aponte improved his batting average by going 2 for 4 with a double, while driving in a pair runs to help his own cause. Right fielder, Carl Suverkrop unleashed for his biggest hit this season, coming in the second inning as he singled in both Dana Donato as well as Aponte to start the scoring for the Spirits. The Spirits would go on to score 4 runs in both the fourth and sixth innings, with a final run crossing the plate in the top of the seventh to produce a final score of 11 to 1.

“This was a great team victory for us tonight. Well played and solid baseball all the way around. Duane did what he does. He is a pitch-to-contact  kind of guy and he had his stuff working well tonight. The defense stepped up big and we shut down anything the Braves attempted to start. Although some of the bats we’ve looked up to so far this season were quiet tonight, we had other guys pick them up and I couldn’t be more proud of them,” commented team manager, John Showalter after the game.

The win takes the Spirits to 4-1 on the season, a half game behind the Tube Sox and Texas Renegades who both stand at 4-0. The ghouls will be looking to make a little noise in the NTABL Open American League standings come Sunday afternoon as they host the undefeated Renegades at Graham Field starting at 5:00PM. 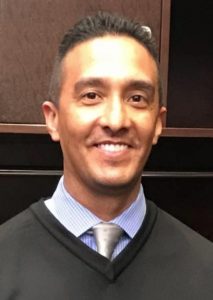 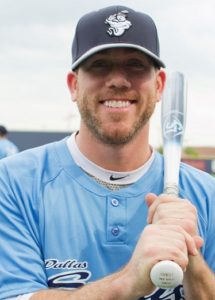 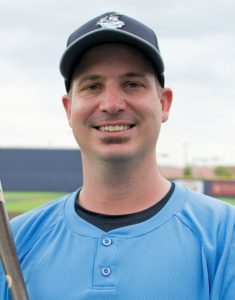