2019 Slowly Turning Into Bag of Ds

(June 3, 2019 – Carrollton, TX) Well, when it rains it pours. Haha, right? As if the Spirits (35+) needed something else to complain about. Well, this time it was Mother Nature. As the team arrived ahead of game time on Monday night to play an already rescheduled game versus Modoc in NTABL Veterans League play, a small storm cell moved into the area.

The cloud opened up with some alarm-detonating static electricity to put McInnish Park on alert and then promptly followed with a 20 minute downpour that saturated the fields. Result, all games cancelled. Understand the humor behind this natural incident, because the entire rest of the DFW metroplex remained sunny and dry.

“No words,” commented team manager, Shawn Lee. “The sense of humor is disappearing quickly. We’re using a LOT of swear words lately and we’re considering amateur arm-wrestling, or perhaps indoor corn-hole to replace what once used to be a fun game to play.”

The team will recover and the city will rebuild. Next stop is the Spirits (40+) squad hosting the Fighting Chihuahuas on Legends Field at Texas Star Complex this Wednesday night. Click here for schedule details. For the Spirits (35+) squad? They’ll try again Thursday night as they host the Dodgers at Reverchon Park in uptown. Click here for those details. 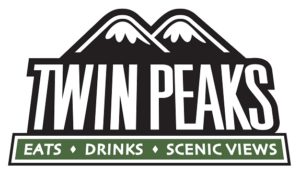